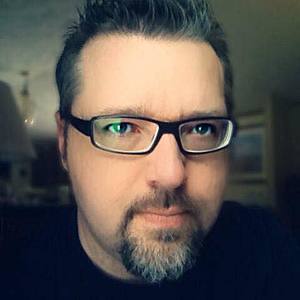 I thought I would write a short blog today about the writing projects I currently have and where I am with them.

One of the problems with creativity is that sometimes you have more ideas than time; this can get frustrating and make you want to give up your projects. What I have found that works best for my creative style and workaholic personality is to do the following.

1. Write every idea down in an idea book.

3. Pick the top two or three

First off, writing down every idea in an idea book. Since the age of 16, I have kept a book with a list of ideas. Every time I have an idea, no matter how fleshed out, full of organized, I write it in the book. There are dozens of ideas for short stories and novels in there. Some I haven't touched since I was young, others I have begun writing.

There is something mentally freeing with writing things down in a safe place to look at later. You have no worries of forgetting them, no worries about whether they are good or bad ideas, just ideas.

Fast forward 35 years, and I still use that book!

You never really know if an idea is good or not until it plays out as you write and build the world.

Secondly, prioritize your ideas. I write down as much information as possible about the idea, no organizing the story, no thinking or calculations, just raw data and more ideas.

If I have two ideas in my idea book, one is a sentence or two, the other a couple of pages, I should focus on that one.

So I prioritize my ideas when it comes time to think about a new project.

I like to sit and flesh the ideas out a little, write a few paragraphs, and see how it "feels" to write. After this step, you can usually tell which of the ideas will flow as fast as you can type.

With the Pandemic Dawn Series, I started it as a short story with no intention of a novel, but as I wrote, chapter after chapter just flowed, and as the characters began to develop, I couldn't stop writing. After 70,000 words, I had to close the book and start on the second novel in the unsuspecting series.

I never dreamed it would be a novel, let alone four, and I am beginning work on the fifth. The story feels as it is writing itself, and the characters become closer to my heart, and I cannot wait to see what happens next!

So I like to start typing with ideas and see where it takes me.

Finally, when you step back and look at your two or three typing sessions, I think it will be clear, which is the route you should take.

At this point, I grab onto the next project and start working on the storyline.

In Pandemic Dawn, I have half a dozen storylines running consecutively that intertwine at different times in the story. Characters know other characters, and sometimes the storylines have to do with each other. For me, this paints a huge tapestry without becoming six short stories in one book; they work together to tell the bigger story of what is going on.

The overall story is, how do regular people deal with living in a post-apocalyptic world without law enforcement or government to rule them. There are going to be good and bad points to this. Cataclysmic events bring out the best and worst in people.

For research, I watched many documentaries in third world countries where there was virtually no provisional government or law; this leads to gangs and warlords filling the void, in some cases for the better, where the gangs protect the village from warlords taking advantage of them. In other cases, the gangs and warlords rule, ultimately enslaving the people.

Research is vital for me for realism, which I strive for, so the story will draw people into it because it is entirely plausible.

So the social environment I paint in Pandemic Dawn is drawn from interviews with survivors of both natural disasters and those who lived through collapsing governments.

I had correspondence with a man who survived the Croatian War of Independence. From 1991 to 1995, Croat forces loyal to Croatia's government declared independence from Yugoslavia's Socialist Federal Republic.

He told me many incredible stories of survival, suffering, the will to live, and how many fought to stay alive. There was much inspiration in his words, and I gained understanding into the mind of someone who was not a violent person, becoming something to live.

I watched many post-apocalyptic movies as well, but mainly for the visual aspect. To help me "see" the fallen modern world. There are plenty of images from around the world of war-torn cities. However, most are decades, if not centuries, behind in technology. Knowing that Pandemic Dawn would take place in our near future to account for the technology advances for Dorothy and the other self-aware bots, I needed a vision of a more modern fallen world.

When it comes to research within books and movies, I never use them until after I have decided on my storyline; this prevents pollution of other stories from finding their way into yours. I am huge on trying to be original, different, and despise cliché and fads.

When I finished writing Pandemic Dawn Book I and began work on the second novel's outline in the series, Pandemic Dawn Book II: Rise of the State, The Walking Dead had just premiered. Everyone was singing its praise, and it was quickly becoming popular.

Of course, I love post-apocalyptic movies. I am a big fan. However, I was afraid of something that was widespread leaking into my books, and I already knew where I was taking the story and how I wanted it to play out.

So I resisted and never watched The Walking Dead until after my third novel in the series, Pandemic Dawn Book III: Day of Abomination, published in 2015. By then, The Walking Dead was in its 5th or 6th season.

Yes, I loved it too.

Research is important. I always think back to the movie Throw Mama from the Train. Specifically, the scene where Billy Crystal teaches a creative writing summer class and the woman writes the short story about a submarine battle.

After hearing her riveting tale, Billy tells her, instead of "dive, dive, yelled the captain through the thing", maybe do some research and find out what they call the "thing".

I always laugh at that part.

I did a lot of research with documentaries, interviews, and experience from movies I had watched growing up. I also read up on some of the latest technology and advances in computers since there would be a robotic element to my stories.

1. Write every idea down in an idea book.

3. Pick the top two or three

Once you focus on a single vision, do your research, write your storyline, and get to work!

I'll talk about my outline development for multiple storylines in a single novel another time. I don't know anyone else who does it the way I do, but it works great for me, and it may help you if you are looking to write a more in-depth story that is multifaceted.

I also have techniques I use for tracking characters, their developments, and their relationships with other characters, so you don't make the error of having a character talk about another they have never met!

It can be embarrassing if a character in your book knows something he shouldn't. There are readers out there who pay attention to your story, and they will find inconsistencies like this.

I catch this stuff all the time in movies without trying. My OCD catches on like Tony Shalhoub's Monk, and I'll blurt out, "He hasn't met her yet, how can he know she was at that play?"

So until next time, write those ideas down!

B. A. Shields answered a question

B. A. Shields answered a question