There's a kindred and bright spirit, born Taizhé Aqueen Parson to the natives of Richmond, Va, who is beginning to open the third eye among the world through eclectic emotions and sapiosexual melodies. Over the past two years, although studying and creating music for ten plus, she has resonated with the hearts, souls, and minds of her rapidly growing fan base and supporters as the one and only, Zhé Aqueen. Her Ella Fitzgerald to Teena Marie vocal range, Persian silk rhythms, strong yet sultry harmonics, thought provoking lyrics and absolutely captivating stage presence has placed her in the spirits of Virginia, New Orleans, Texas, California, Tennessee, Georgia, Florida, Canada, Belgium, Spain, Portugal, Senegal, Uganda, New Zealand, Jamaica, and many others. Zhé Aqueen is not just a songwriter, recording or performing artist whose display goes far beyond Hiphop, RnB, Neo Soul, Jazz and Pop; But she is also a powerhouse, monumental voice for Peace, awareness, and self-love through spoken word and platform, an alluring muse to the photographer's eye with her mermaid like dreadlocks and exotic features, and a fluid dancer with or without a partner, chair or titanium pole. Not to go on and say that she indulges in other pastimes as well, but she loves the lasting effects of a surprise more than any. This in which we will all see in the very near future.
Zhé Aqueen's current endeavors include strengthening herself physically, mentally, and spiritually, cross networking with other indie artists, video shoots for future releases and the 90s nostalgic hit "Same Difference" (now available on iTunes Apple Music and Spotify), the building of a free cover album echoing a few of her personal favorite classics and of course those of her fans, and the anticipated release of her "Three-P" (EP), entitled "The Prototype"! Crafted after the name she was bestowed in high school as "the preliminary model, original framework, form in which to be developed or copied", by her alma maters founders, because of the way she commanded and fore-fronted her best in performance and production. "The Prototype" is a trilogy of sound; set to be released at three different times, connecting three different moods and themes as one idiosyncratic masterpiece. Her Three-P will be formed as modification I, II, and III. "The Prototype mod. I" is scheduled to be released Autumn 2016 on multiple platforms.
As the universe accepts and the stars align, Zhé Aqueen is the force to be reckoned with. With innumerable voices saying "it's just something about you...", "you overwhelm my soul", "this is not just singing...", she flourishes from elementary school chorus memories to high school's Manhattan, NY Heritage Festival Maestro Award-winning Jazz Vocalist to 4-H National Award Winning actress and vocal performance, the illustration of Appomattox Regional Governor's School for the Arts & Technology's alma mater to the number one requested vocalist in the Tri-City Area, selling out the ARGS auditorium at the age of 17 to the stages of central DMV, Soundcloud to Spotify, tens to thousands, and moon to stars. Zhé Aqueen, moreover, sights to spectrum my eye to yours among.

Demographic data for @zheaqueen's audience is available for free to influence.co users. 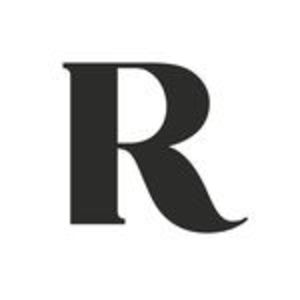 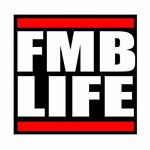 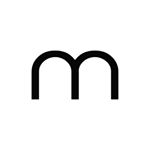