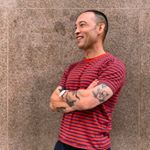 Will is a graduate of Columbia's MFA program in film with over a decade of experience creating content,.

As a branded content maker, I've written, directed and edited a number of spots for various brands including American Express, Purina, Disney, Lenovo, Smirnoff, Friskies, Gillette, AT&T, the MTA, Nitehawk Cinema, CurioDesign and Sears/Serta, among others. Five have placed in international contests (one for first place) and one video, starring celebrity chef Richard Blais, received over 1.2 million views on YouTube.

As a narrative filmmaker, I've written, directed and edited an award-winning feature that played numerous festivals and is now available on iTunes, Amazon and Google Play. I've made a number of short films, including one which premiered at MoMA at New Directors/New Films, received DVD distribution with Film Movement and another which premiered on PBS, at the Miami film festival and played in over a dozen other festivals. I've been a Sundance screenwriters lab finalist, an IFP Emerging Visions fellow and been selected for the Big Vision/Empty Wallet Screenwriting Career Lab.