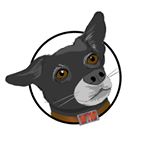 WHAT?NO! Vagazine's goal is simple: to surprise, to entertain, to educate, and to inspire our viewers. Humans are unique and have a diverse range of interests and we aim to provide an assortment of interesting, relevant, and enjoyable content.

WHAT?NO! Vagazine is a video magazine and YouTube channel, that contains various types of content including, comedy, music, music videos, documentary, and drama. While watching the show, the viewer might get a sense of flipping through their favorite magazine. The show is similar to a variety television show or sketch comedy show that also incorporates music.

The Vagazine also introduced The Water Cups, an American Folk Band based in Los Angeles, CA. Usually billed as a four-piece band, they craft uniquely intricate songs with a variety of musical influences, talented musicianship, and thoughtful arrangements. They have grown in popularity with songs like California Bound, Shrewd She Was, and Alone on the Road; which are all available on the Vagazine. Also, visit The Water Cups on Spotify to hear the single, "Land of Death."