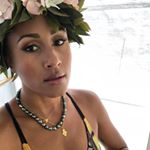 "Irie Love (her birth-given name), was born in Kailua, Hawaii. She first gained notice as one of the finalists on the "Brown Bags to Stardom" talent competition in Hawaii in 1999. Since then she has toured the world with such names as Morgan Heritage, Pink, Chaka Khan, Fiji, J Boog, Katchafire, Tarrus Riley and many more. Her mission as an artist is to "empower, inspire and entertain the world through her love of music".
She's lived in Kingston, Jamaica, London, UK, and Los Angeles, CA, but moved back home to Hawaii in 2014, after touring with other artists for 12 years and promoting her debut album entitled ‘This Is Irie Love’ , released on her independent label IrieAloha Records in 2012, and was nominated for a Na Hoku award along with it’s two #1 charted singles IT IS WUT IT IS and MY LOVE.
She recently began mentoring kids in Hawaii's charter schools through the Mana Maoli project ‘Mana Mele’ along with her “Empower the Youth” campaign which she began working on in 2010.
Her latest music video for her UK single, ‘Step Up’ was featured on Campus Nation Music Spotlight and Elite Muzik featured video and charted at #1 in the reggae charts in Kenya, Uganda, Senegal, Costa Rica and Brazil. Her latest duet remix single ’Better Than Love’ with Christopher Ellis, produced by the legendary Damian Marley, featured on his ‘Set Up Shop’ compilation, is climbing the charts on Hawaiian radio. Irie Love was also a featured artist in the Hawaii Aloha music project and video along with the Play For Change movement, that is currently featured on Hawaiian Airlines and has over 1 million views worldwide.
Love’s new recording project was composed with producers based in Los Angeles, New York, Nigeria, Hawaii and the UK. Her album entitled WE RISE, was released digitally on August 1st , 2016. It’s a more crossover sound for her with Afrobeats, Hip hop and Dancehall influences merged with Reggae/R&B.
Irie Love also has a food blog, irielovesfood.com, that her team is developing into a TV show that will feature guest chefs, her favorite recipes, health tips and live music all in one episode. She plans to air the pilot on her youtube channel. She is also the first host of Onoyum food blogs “Docyumentary series” found at onoyum.com. Ms. Love also became the brand ambassador of the Native Hawaiian luxury clothing brand Manaola Hawaii in June of 2015 and the brand ambassador of Cookie’s Clothing in September 2016. 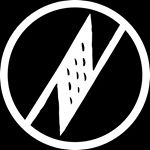