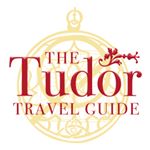 I have been slightly obsessed with Tudor history since I was eleven years old. I fell in love with an image of a slim, red-headed girl, wearing a scarlet, low cut, Tudor gown - and with the riveting and turbulent story of her young life; her name was Elizabeth and she would become the greatest monarch England has ever known.

Through her, I became mesmerised by her mother, Anne Boleyn. She soon emerged as my historical heroine. I adored her charisma and flair, admired her courage and was inspired by her determination to be true to herself and her sense of destiny. She remains an inspiration to me, and it was on account of a visit to Anne’s childhood home of Hever Castle, in Kent, that I began writing my first book. It was a novel in two parts, called ‘Le Temps Viendra: A Novel of Anne Boleyn’, first published in 2012.

Influenced by a childhood of spending carefree summers visiting historic houses across England, it was through researching ‘Le Temps Viendra’ that I developed a keen fascination with Tudor properties. I realised that by being able to reimagine these places vividly, I was also able to recreate events that transpired there. This brought them more clearly to life and allowed me to connect more deeply with my Tudor heroines. I have come to realise how important this is for history lovers like me.

As a result of my enduring love of Tudor history and buildings, intertwined with my natural entrepreneurial and creative flair, I established ‘The Tudor Travel Guide’ in March 2018 as an online brand which seeks to be the ‘Visitor’s Companion to the Aristocratic House of the Sixteenth Century’. I aim to make the Tudor Travel Guide THE premier brand for people wanting to learn about, and visit, historic properties with significant Tudor history. My ideal partner would be a company looking to reach women aged between 40-65, living in the US, who are fascinated with Tudor history and looking to plan a history-based vacation to the UK.

Since launching the blog (of the same name), I have seen consistent growth in visitor numbers and across all social media channels. In January 2019, I also launched a monthly podcast to complement the blog entitled, ‘The Tudor Travel Show’. I have appeared as an expert on Yesterday TV’s ‘A Tale of Two Sisters’ and am soon to feature speaking at two locations associated with Mary I, for a documentary to be aired on France 2 in the summer of 2019.

I am 49 years old and live in rural Oxfordshire.

Demographic data for @thetudortravelguide's audience is available for free to influence.co users.