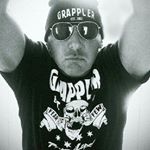 I'm a former WWE superstar. I have been involved in entertainment for 30 years. I have worked for Ted Turner's WCW, Panda Energy's Impact, and more.

Last year, I had a theatrical release world wide of the motion picture "The Church" and am currently in pre production for the sequel.

I am a podcaster who has worked for Podcast One, Relm Network, The Russo Brand, currently featured on Iheart Radio and 12 other podcast networks.
In addition I am a twitch affiliate and stream daily.
I stream a daily workout show called No Gym Needed and talk shows with other former wrestlers and actors including David Arquette, DDP of DDP Yoga, Vince Russo Former WWE head Writer, and more .
In addition, Vito's podcasts also include his wife Noel a former wrestler, model, and stroke survivor

Demographic data for @thebigvitobrand's audience is available for free to influence.co users.