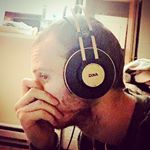 On This Planet they call him Zak Swift, others just Swift. Swift is a 23 year old business owner, artist, cancer survivor and entrepreneur. My full name is Zakary Swift, born and raised in western Washington. I didn't always know I wanted to do music, I wanted to be a basketball player. Life has a funny way of guiding you. Since about the age I could write a sentence I was writing rhymes. Fascinated by the way the words fit together and sounded I couldn't help but try it myself. At about 10 I had my own notebook filled with rhymes. Of course at that age I wasn't interested in being a rapper I wanted to write poems like Dr.Suess and Shel Silverstein. It wasn't until I heard my first rap song that I realized there was so much more I could do with this creativity. That's when art started to take over but basketball was still first. After moving to a new high school my freshman year of high school and meeting a new friend who would be the one to start my music career, music became priority number one. Boredom in class lead to a song called 'honey bucket ' and that was it. People thought it was hilarious, genius and had it on their ringtones. So I thought hmm, maybe I am pretty good. So my senior year of high school I said screw this, this is not the education I want. I dropped out, got my GED. The Art Institute of Seattle accepted my application the next month. After finishing a quarter there I wanted to take a quarter to work and make some money because that school was robbing me. I got a job and met some new people I started recording with . After about a year or so of working tragedy struck me. I blacked out and woke up in a hospital and the doctor diagnosed me with Leukemia. They said I was lucky to be alive, I came in with 10% of the blood levels needed to live. I lost my apartment, my job, my money, everything. Everything except my dream. After spending a year in the hospital with chemotherapy treatments, bone marrow transplant, and multiple radiation treatments I finally was cancer free. Or so I thought. A few days after leaving the hospital I was back on the microphone trying to get the life back in my voice. After a few months of recording and promoting I had been found by a local record label who signed us (me and a partner at the time) a few days later. I thought I was finally making it after all the hard work and struggles it was finally going to happen. But after another year of going nowhere and being anchored down by a contract I realized this isn't a smart move. After serious consideration I decided to go separate ways so I could move at my pace. It was going fantastic for about 7 months then I started feeling lumps all across my chest. I thought nothing of them at first then they got bigger. I went to get them checked and the results were tumors. My cancer had come back again. I thought this was never going to end. This time I had a completely different mind set though. My previous journey had taught me things some people never learn. I refused to do another treatment involving any poisonous material. I'm still fighting the tumors on my own with naturopathic medicine and lots of good marijuana and I'm winning the fight. During this time I met another artist who I collaborated with and started doing music and shows together. Eventually we decided to try and build our own company. Now I am here trying to build a MY dream. My dream is in the music. unfortunately dreams don't come cheap. I appreciate any help I can get to make this dream a reality. 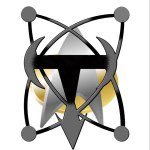 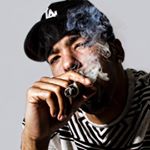 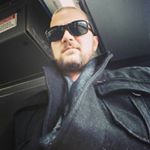