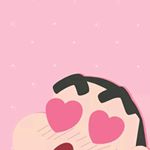 Lawrence Anthony Moore Jr(born September 16, 1994) is an American rapper, singer and songwriter. He is best known for his local music, which has over 20,000 SoundCloud views. Lawrence based his stage name, Shin, off the popular early 2000’s anime Crayon Shin Chan. He’s also gone by the names Original YL and YL The Beast, changing his stage name to fit his personas. His most recent single, “$hinDaGoat”, was released Nov 27 2018.
Shin currently lives in Vancouver, WA. Shin has stated before that he wants to branch out into directing film and fashion by creating his own line of hip hop/grunge/alternative/anime style clothing.