Country sweetheart, Sarah Wickett, was raised in Beaverton, Ontario. Her time spent, hunting, fishing and watching sunsets on the water was intertwined with a distinctly musical upbringing, surrounded by a family who shared her passion. Her small-town roots inspired her song writing as she was growing up, while artists like Shania Twain, Carrie Underwood, Christina Aguilera helped to shape her sound and feed her creativity.

At age 18, Sarah moved from Beaverton to Toronto to enroll in a Journalism program at Humber College. Being surrounded by creatives and being immersed in a music city fueled her determination to pursue her dream of making it in the music industry. Shortly after, Sarah began working on original music with various producers and released a five song self-titled EP, followed by three singles which launched her into the country music scene, earned her showcases at Canadian Music Week and the 2017 Canadian Country Music Awards. Sarah has also been well received in the performance scene. She has opened for famous names ranging from Bobby Wills to Wes Mack, and performed for full-house crowds at The Opera House, Casino Rama and at fairs and festivals all across Ontario.

In recent years, Sarah has done an impressive job at capturing the likes of country music fans all over the world racking up 200,000 fans across all social media platforms. In 2020 she released 4 singles, including two of her most successful songs to date, ‘What We Do’ and ‘Accent’. Sarah has taken on a fresh, more mature sound, exploring different genres & languages. She captivatingly found a way to combine Eastern and Western sounds to create her highest streamed single, “Accent”, singing a mix of English and Punjabi lyrics - something that has never been done by a North American country artist and has “the potential to launch her into global stardom”.

The compelling stories and vocal performances gained Sarah notable recognition from radio stations across the nation and media outlets such as the Global Tv, VENTS Magazine and Country Music Association of Ontario naming her Artist of the Month. Sarah has had continuous success on Tik Tok, racking up over 4 million total views, by promoting her music and catering to her new fans in South Asia.

The Beaverton native intends to continue pushing the envelope in 2021, starting off the year releasing her first single, ‘Potential’ – a fun, poppy bop with a regretfully relatable message that is guaranteed to get stuck in your head. She also plans on getting back in the studio with hopes to release another Western / Eastern mashup. You can listen to her music on all online streaming platforms.

Demographic data for @sarahhww's audience is available for free to influence.co users. 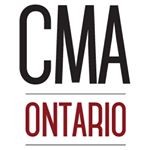 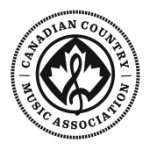 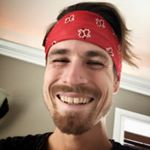