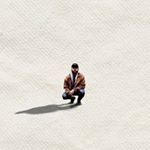 Thomas Andrew Rowland (born March 18, 1993), known professionally as Rowlan, is an American rapper, singer, songwriter, record producer. Born on Cape-Cod in Barnstable, Massachusetts. Rowlan initially gained recognition through putting out a remix to Mac Miller’s “Nikes On My Feet”. The song did over 500,000 total streams over its’ first three years of being released, with over 100,000 views on the visual via his Youtube channel. He since has put out 100+ songs in single and EP format much of which has helped him gradually build a cult like following with his fans. Rowlan moved out to Los Angeles at age 22 to pursue his music career from a small with hopes to build connections and meet creatives on a similar path. He later that year met his engineer Cesar Moreno in LA, and got connected with producer Mike Wingless to produce his first record to bypass a million Spotify streams with “Hold It Down”. He went on to make tracks “Why”, “Champ”, and “Stories” which all passed the million streams on Spotify. In 2017 internet sensation, GaryVee found interest in Rowlan and had a sit down with him, which then led to Rowlan making Gary's theme song “Born Hustler” which is now far over a million streams. In 2018, Rowlan made a song for K-Swiss and Garys' “Clouds and Dirt” sneaker release and mentioned his first actual "project" is in the works.

Self taught recording, producing, mixing, mastering, graphic designing, Rowlan started heavily focusing on being able to work at every piece of his brand so that “he doesn’t have to hand out deadlines, and can get it done as soon as he needs it”.

Rowlan is fully independent as of 2019.

Demographic data for @rowlan's audience is available for free to influence.co users.