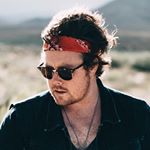 Having Co founded and launched a successful mid-west film production company in his teen years, Philip has had the opportunity to work with a number of internationally recognized brands in advertising and documentary work. His work has taken through nearly every state, and 20 countries around the world - including work in the Galápagos Islands, the Amazon rainforests, Iceland, India, Peru, Turkey, earthquake struck Haiti.
As a visual creator and storyteller Philip has had the opportunity to work with brands such as Google, Devry University, Sony Entertainment, Paige Denim, Krochet Kids, Johnsonville Foods, Miller Coors, Boss, Sargento Foods, Ortho Molecular, and American Orthodontics, - many which have received numerous addy awards.
More recently Philip has expanded his portfolio focusing on creating social media based marketing solutions. In 2015 he helped launch a photo based editing app on the iTunes store making it on the top 5 charts internationally. In addition Philip serves as director of visual media for Socality - a quickly growing social based movement focused on activating communities for gospel based impact.
Currently Philip moved to San Diego,CA with his wife Esther and his son. His continual passion for projects that inspires positive change in the world around him drives him in everything he does.

Demographic data for @philipleclerc's audience is available for free to influence.co users. 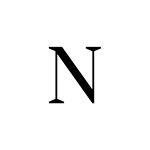