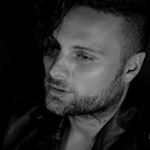 Beyond infectious beats in the world of music and a raw reality TV show that he starred in and produced, the Montreal-based creative has added his own touch and artistry to a brand new co-working startup, Lemonade.

After first gaining acclaim in 2008 for his Mash Up Tour and touring Australia in 2012, Lizzi went on to land a European MTV EMA award for his work with Karl Wolf.

He has collaborated with and performed for music industry greats like Adam Lambert, Ke$ha, LMFAO, Sean Paul, Nancy Ajram, and Ne-Yo.

Nominated as one of Montreal’s top entertainers at the very first Notable Awards, he was recruited for labels such as Diesel clothing and Gstar, barriers seem like a mere loophole.

Gaining over 27,000 subscribers on YouTube in just nine months and a debut album and dabbling with Mocore.tv ( MTLblurb), Paul finally branched out and created a super team for his daytime endeavour, Lemonade.

Paul whole heartedly believes,"...all you need to do is add passion, and everything changes!"

Demographic data for @paullizzi's audience is available for free to influence.co users. 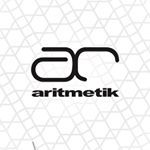