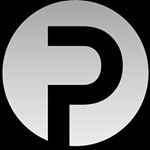 Pallatrax was born out of frustration by Simon Pomeroy, at the time he owned and ran Pallington Lakes in Dorset. As a fishery manager, he was concerned about the inferior quality baits anglers were feeding his fish.

He decided the only way to ensure that the bait used was of good enough quality was to produce it himself. His initial steps were to create the best quality bait, not only to feed the fish, but also to assist anglers in catching them, resulting in a win-win fishery management tool. Anglers would start to catch consistently and the fish maintained a healthy weight gain.

What was also very important is that the baits would also easily break down and, therefore, feed the whole biomass of the lakes. Anglers took Pallatrax baits to other fisheries and experienced the same amazing fish catching results, the demand for the baits grew, and so Pallatrax baits were launched.

The care for fishery welfare running parallel with angling success didn’t end there, as Pallatrax grew it continued to question everything. Although a fisherman all his life, when Simon took over Pallington Lakes he was relatively new to carp fishing and couldn’t understand why anglers would fish with such an obviously obtrusive man made lead adjacent to the hook bait. It’s a fact that fish are fully aware of their environment and the fact that many lead manufactures were dismissive of the negatives of lead held no weight (excuse the pun), with Simon. Painting or colouring a lead to ‘blend’ into the background just made no sense when you are to appreciate the heightened senses of fish – they do not necessarily see but they certainly can sense!

Simon experimented with various alternatives, wanting something that wouldn’t spook fish and would, therefore, improve his catch rate. A stone seemed the ideal candidate and anglers set ups which have included our natural Stonze fishing weights have accounted for literally thousands of fish, many of specimen size, all over the world including the UK record barbel no less than six times!

The next stage, having covered the baits and weights, was the development of a fishing system: The Stonze System, which incorporates a short anti-tangle rig set up with a super sharp, strong and effective hook pattern along with other high quality components from our comprehensive terminal tackle range. The set-up’s effectiveness was further increased by using the Stonze as the perfect method feeder and wrapping ‘advanced designer’ method mixes around the body of the Stonze.We went on to create a comprehensive top quality terminal tackle range so that anglers could be assured of buying trusted components with which to make their own rig set ups. This includes sourcing the best quality hooks from Japan, to soft rubber beads made in the UK. And now includes the phenomenal GRIPZ hooks – neither barbed nor barbless, but have a series of patented grooves which hold the hook fast – loved by both anglers and fisheries.

Following on from our immensely successful flavour bait range, Simon went on to develop the Naturals range, ‘Giving fish what they want to eat, not what we want them to eat’. From his fly fishing experiences Simon would always try to ‘match the hatch’ and if the trout were feeding on a particular hatch of fly, that’s the fly he would use. So if the fish you’re targeting are feeding on snails, fish with snails. If they’re eating daphnia and crustaceans, it makes sense to include these in your baits, and so on. Fish have evolved over millions of years to where they are today and throughout this time they’ve fed on natural food sources. Any angler who dismisses this fact is definitely decreasing their odds of catching under certain situations – ignore at your own peril!

Pallatrax, for the next ten years was more of a husband and wife team and became identified as a cult brand with incredible catch rates. Simon was fishing and developing new products, while Tini ran the office side of things. Ultimately with this set up there is only so far you can go with a business.

Over the past few years, Pallatrax has been re-born and now trades under Pallatrax Angling International Ltd, as we branch further afield. With this has come a new modern facility, new products, new packaging, new website, heavy investment in new machinery for both the baits and the Stonze – the list goes on.

We have also started the Pallatrax Associated Fisheries scheme, which is awarded to fisheries of high standards that we are proud to put our name to – fisheries with facilities that encourage not just the serious angler, but the whole family to participate in the sport that we love, e.g. proper flush toilets, tackle shop, cafe/snack bar, safe parking, etc. Through the PAF we want to promote angling as a family affair and stimulate the next generation of anglers.

With this and such a strong heritage and stable background, Pallatrax is believed to be the fastest growing brand of its type in Europe. 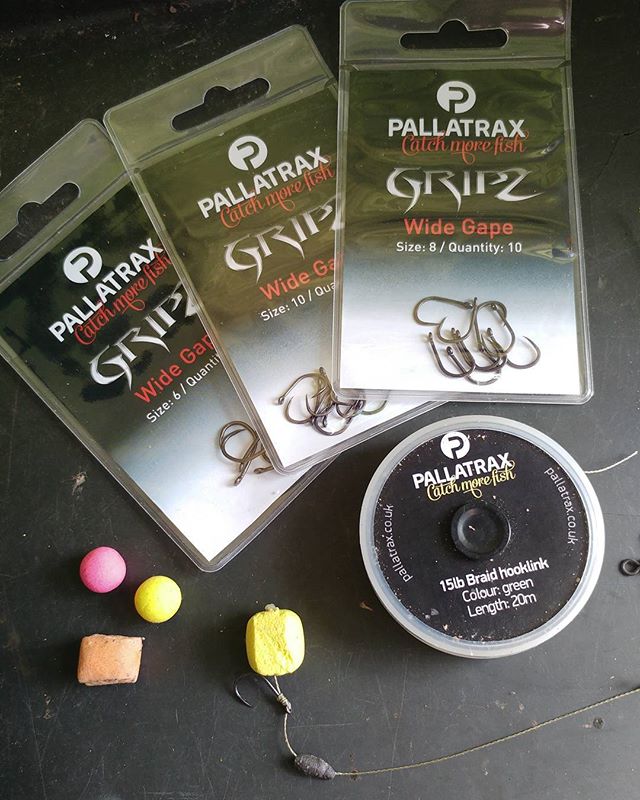 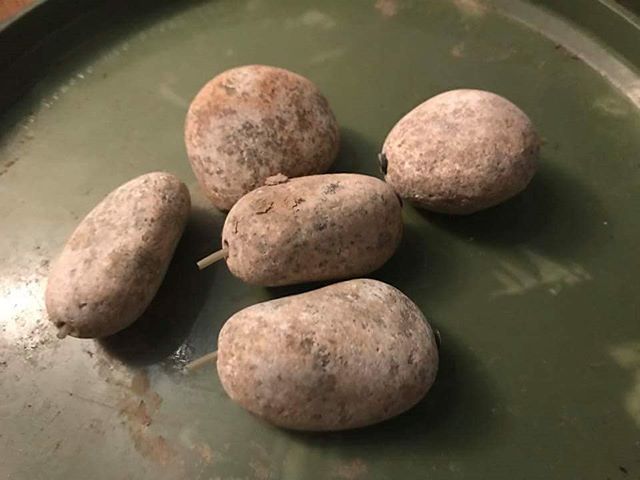 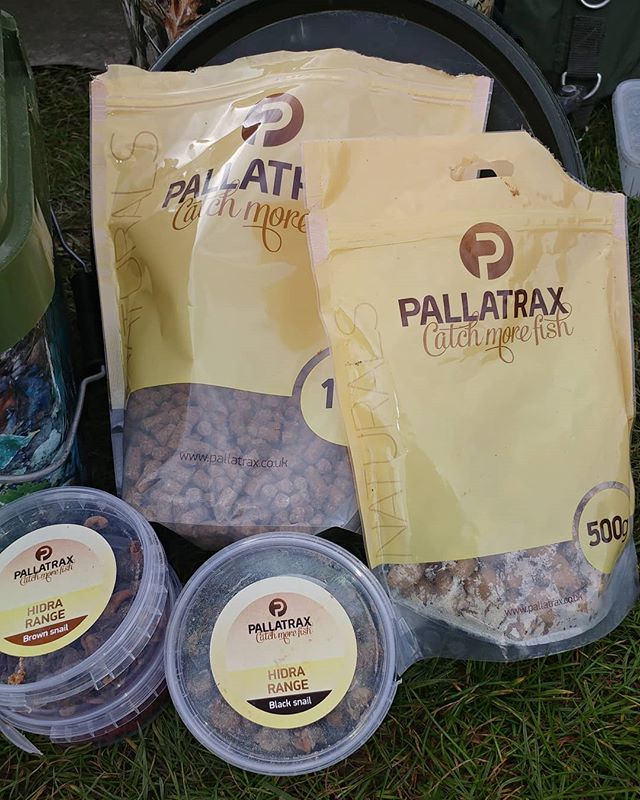 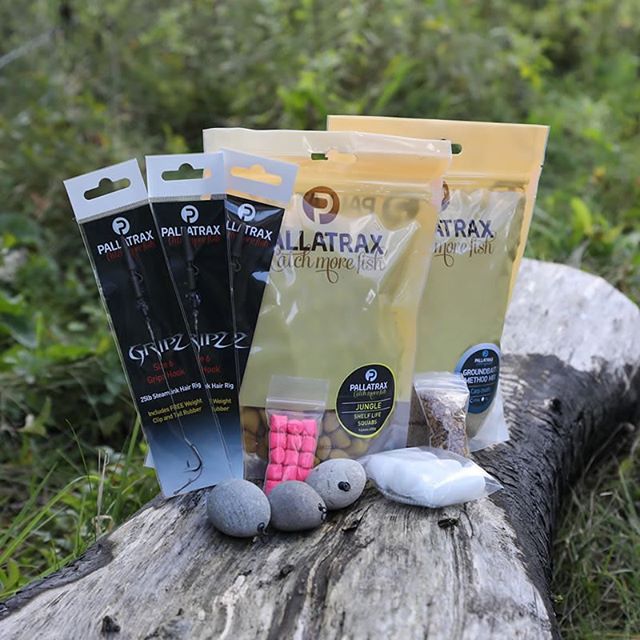 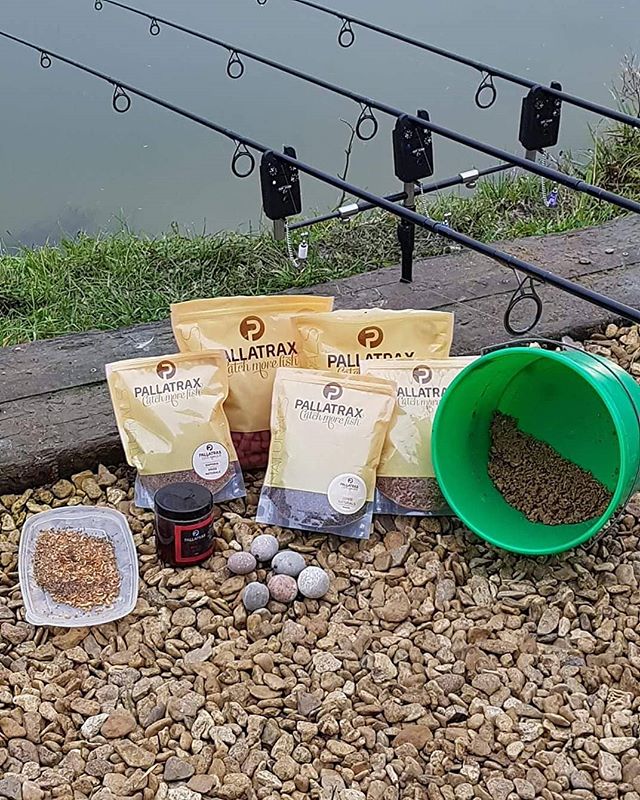 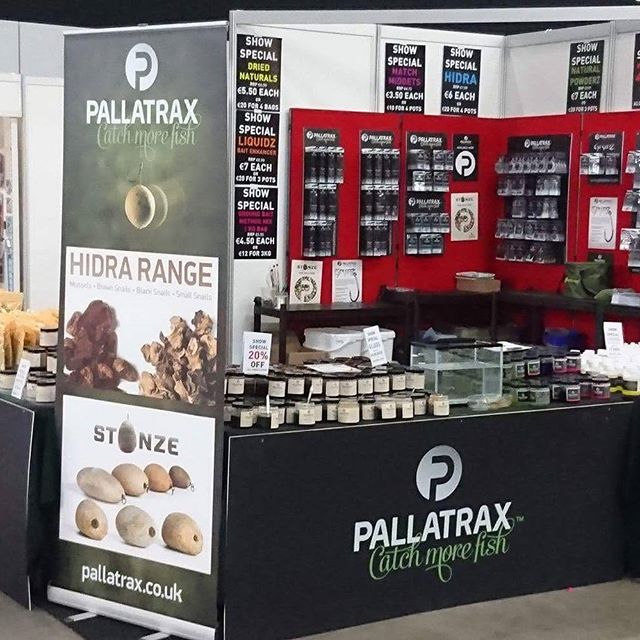 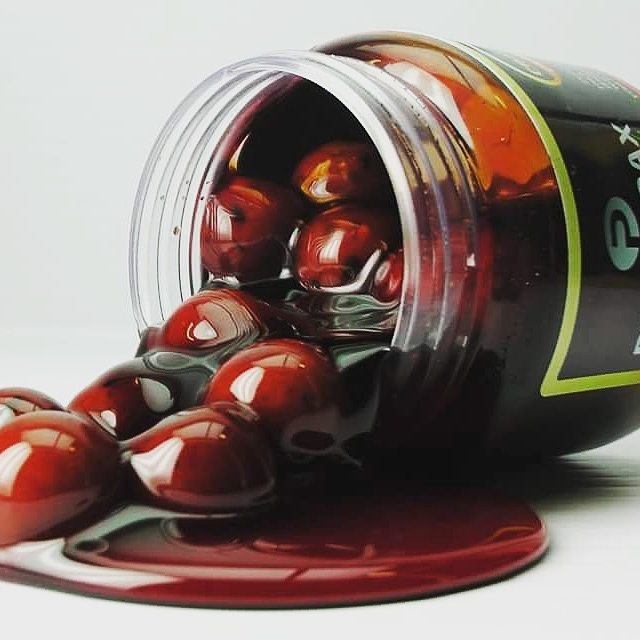 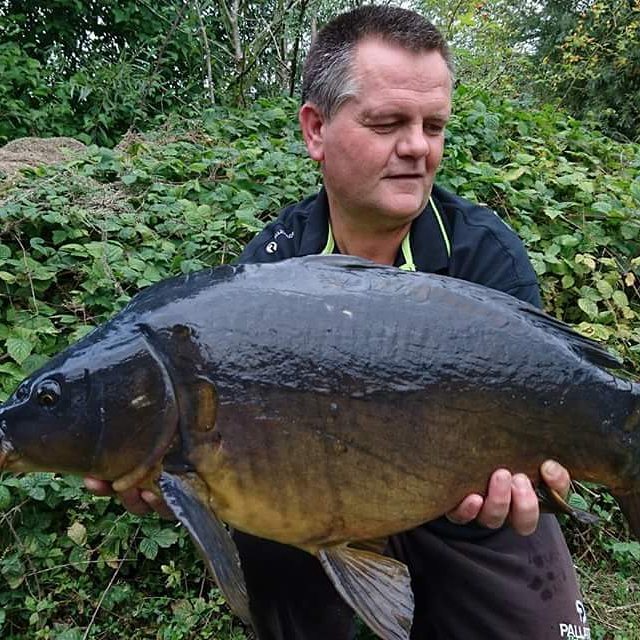 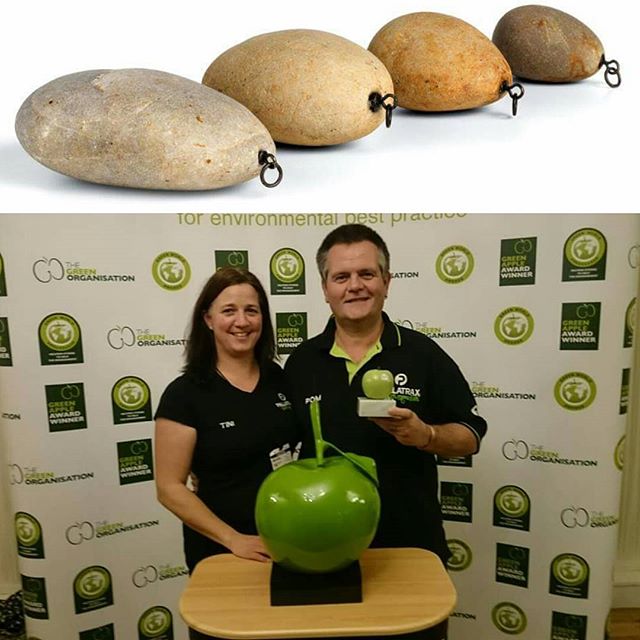 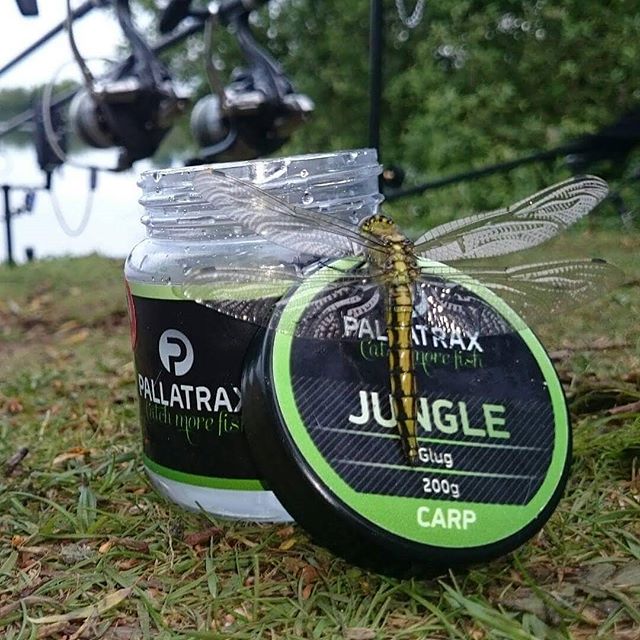 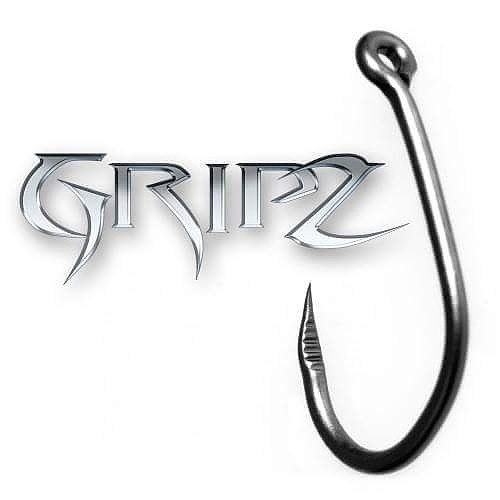 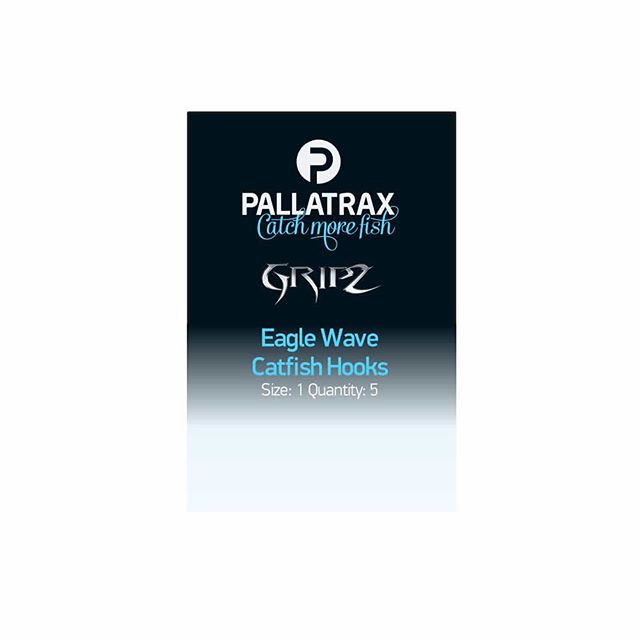 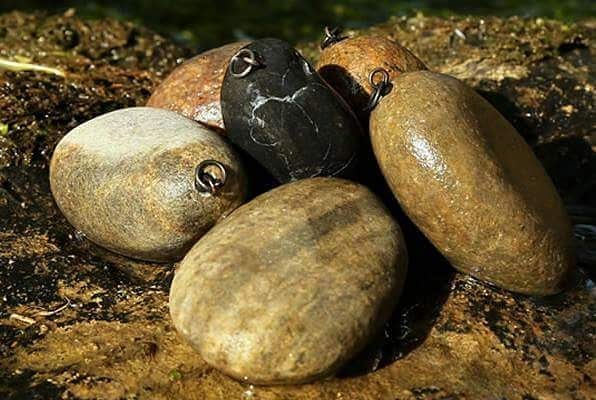 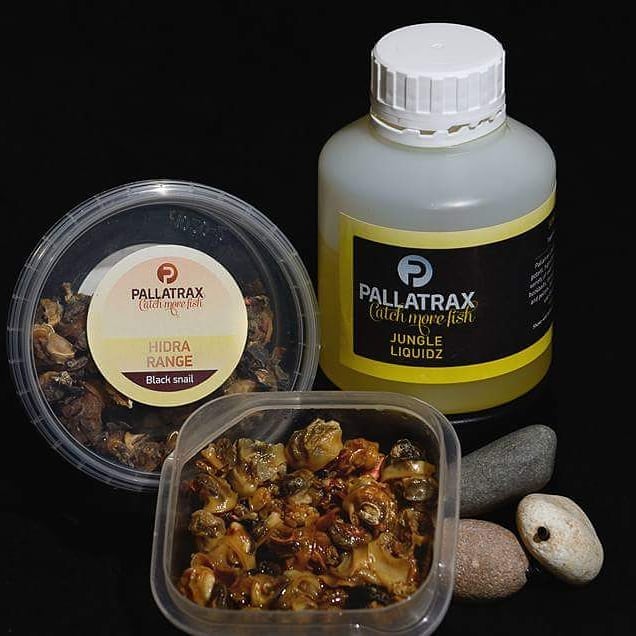 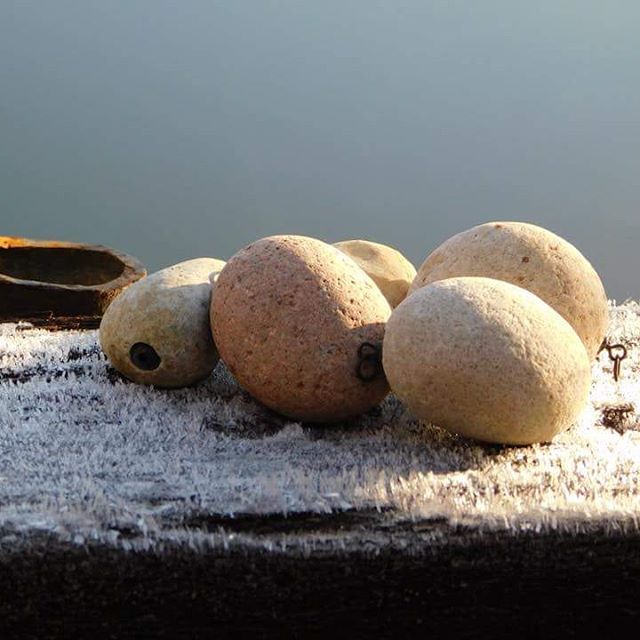