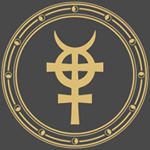 Painted Blind Publishing published a campaign
over 3 years ago 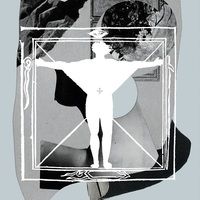 DESCRIPTION OF THE PRODUCT: THE HIEROPHANT'S DAUGHTER is Book I of THE DISGRACED MARTYR TRILOGY, an LGBTQ+ cyberpunk/horror series by M. F. Sullivan and published by Painted Blind Publishing.

NOT FOR YOUNG ADULTS, THE FAINT OF HEART, OR THOSE WITH WEAK WILLS

Race through the bloodbath in this first volume of a horrific cyberpunk tahgmahr you can't afford to miss. What would you sacrifice to survive?

By 4042 CE, the Hierophant and his Church have risen to political dominance with his cannibalistic army of genetically modified humans: martyrs. In an era when mankind's intergenerational cold wars against their long-lived predators seem close to running hot, the Holy Family is poised on the verge of complete planetary control. It will take a miracle to save humanity from extinction.

It will also take a miracle to resurrect the wife of 331-year-old General Dominia di Mephitoli, who defects during martyr year 1997 AL in search of Lazarus, the one man rumored to bring life to the dead. With the Hierophant's Project Black Sun looming over her head, she has little choice but to believe this Lazarus is really all her new friends say he is--assuming he exists at all--and that these companions of hers are really able to help her. From the foulmouthed Japanese prostitute with a few secrets of her own to the outright sapient dog who seems to judge every move, they don't inspire a lot of confidence, but the General has to take the help she can get.

After all, Dominia is no ordinary martyr. She is THE HIEROPHANT'S DAUGHTER, and her Father won't let her switch sides without a fight. Not when she still has so much to learn.

AIM OF THE CAMPAIGN: Painted Blind Publishing would like to add some influencers to the already very large blog tour running between April and May of this year, but we would also happily take promotion during the months of June and July, as August will see the release of Book II, THE GENERAL'S BRIDE, as well as an audiobook version of Book I currently in production. The book is already being very well-received and its reviews can be found before the May 19th release date at https://www.goodreads.com/book/show/42921564-the-hierophant-s-daughter

WHAT EXACTLY IS THE INFLUENCER REQUIRED TO DO? Book reviews , whether written or filmed, would always be appreciated, but depending on the platform we would appreciate anything from Instagram shout-outs to tweets. Influencers interested in working with us over a period of weeks could potentially help in retweeting or otherwise sharing social media posts.

HOW MANY POSTS ARE REQUIRED? That depends on the number of influencers, the price, and the types of platforms they use. Ideally 2-4 at least per influencer sometime around the May 19th release date.

WHAT SOCIAL CHANNEL DO YOU WANT TO USE? (Instagram, Blog, Stories, Video etc): Painted Blind Publishing and M. F. Sullivan both use Instagram and twitter as our primary social platforms, but we are looking for Youtubers as well.

WHAT LOOK/FEEL/STYLE OF POST ARE YOU WANTING? (Informative, Fun, Sexy etc) Informative and exciting--we want to build hype and get readers as excited for this book as we are! We think it has all the potential to break out, and early readers seem to agree.

DESCRIBE THE COMPENSATION IN DETAIL: We would prefer to keep compensation to a free copy of Book I, as well as Book II and III when available, but understand many influencers make their livings through posts. We are therefore open to financial negotiation but would prefer to keep our costs low--in other words, shoot us your budget and let's talk!