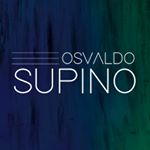 Osvaldo Supino is one of the most talked about Italian artists. In the last 3 years this multitalented popstar conquered the attention of the most important media outlets in Europe and gained thousands and thousands of fans worldwide.

From Vanity Fair to GQ, from PopJustice to EQMusic, Osvaldo Supino is making headlines for his international fresh sound and worked with big names of the music business like Charlie Mason (Miley Cyrus, Conchita), Leeyou&Dancey (Lady Gaga, Akon, Leona Lewis), and Ferras (Katy Perry, Adam Lambert). With 2 albums, 1 Ep and 7 singles collected in the top10 chart of iTunes, Osvaldo holds the record as first italian artist ever nominated 3 times at BT Digital Music Awards in UK - outranking Kylie Minogue with more than 42.000 votes from wordwide. A POP bombshell who is in his young but impressive career, he has won several music awards in Italy and internationally: 2 Pivi Awards, 2 Nickeclip My Generation Awards, 1 WWW Sole24 Ore Award, 1 Unicef Award and in the 2013 he became the first italian male artist included in the PopTronik Compilation with the best of pop electro music worldwide. With his last album "Behind The Curtain" written during a break that Osvaldo took to spend time with his family in his little hometown,"I was completly lost, I needed to find my real and true direction" , Osvaldo reached #3 on iTunes Pop Chart and performed in Spain, UK, France, Austria, Latvia, Portugal, Germany, Switzerland and Austria. He's also one of the most involved Italian celebrities in human rights and LGBT initiatives. In 2012 has been the first italian artist in history to perform at World Pride in London and in 2014 has been choosed by Antibully Organization as testimonial for the campaign against bullying in USA.

Confident, courageous, sexually expressive but also emotional, vulnerable and introspective. That's what Osvaldo is musically, lyrically and personally today, a complex but authentic mix.
"My music has been always the reflection of my experiences. I'm not afraid to be totally myself and take risks. It's the most beautiful thing of the music: being yourself, finding your own truth and share it with milions of people". Source MTV.com

Demographic data for @osvaldosupino's audience is available for free to influence.co users. 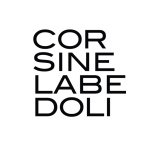