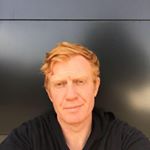 Co-founder and CEO of @influenceco

Some Notes on our $3M Funding

Today we are announcing our $3 million seed round. We’re incredibly pleased to welcome some amazing investors to our company (more on them in a second).

Since we started, we have believed the influencer and creator generation will transform everything from media and advertising to commerce. What we buy, what we read and what we pay attention to is now heavily influenced by an incredibly powerful online cultural core.

For many generations, corporations commanded the lion's share of our attention. Only a few could afford to build a distribution network with enough scale to get their content in front of an audience of hundreds of millions of people. Then came the internet and the rise of social networks. It took a decade, but after amassing nearly everyone on Earth onto their platforms, YouTube, Facebook, Instagram, and now TikTok have inadvertently turned every person on the planet with a phone in their pocket into the equivalent of a corporation with a global distribution network.

Having access to an audience is only a part of the story. How you drive attention to yourself is another. For ten years, bloggers have been creating incredible content but without the attention engine that exists today. Blogs by and large lived as silos, hoping for social shares or playing the very long SEO game. In the last five years this changed dramatically with YouTube and Instagram and a billion dollars worth of their investment into algorithmic approaches to keep users on their platforms. Inadvertently, this intense focus on platform engagement propelled a number of early influencers and creators to outsized fame. Their content kept people on platform, so it made sense the platforms would promote the heck out of it. It didn’t take long for others to consider how they could use this new attention flywheel for their own gain. The era of the influencer and creator had begun. We’re now seeing TikTok drive the next generation of attention engines through AI-based feed construction. By using a new set of signals derived from the content interaction of each individual user (as opposed to a broader algorithmic one-size-fits-all approach), an audience that took corporations 50 years to build, bloggers 10, and Instagram 5 is now being built by TikTokers in a number of months.

We started influence.co because we believed influencers and creators were going to be the first digitally native profession - born from the Internet like no other profession has been. Like many professionals that have moved from offline to online (e.g. graphic designers, interior designers, investors, software engineers, etc.) they would need a similar set of tools to become successful.
Traditional professional networking sites are not designed for influencers and creators. Try and fit the resume of an influencer into a LinkedIn profile. In addition, the limited number of online influencer groups out there mostly devolve into shout for shout or follow-me requests. We believed we could build something much more interesting and valuable.

When we started in 2016, we launched with only one goal - helping influencers build a professional presence that made sense for their work.

At the time, early influencer marketing companies hid their members’ profiles behind a paywall design to get businesses on the phone to “see who was in their network.” We thought that was crazy, so we built the first public influencer profiles. Since then, we have seen 175,000 members sign up and build their profiles. We have incredible and notable influencers on the platform like @helenowen and also amazing up and coming influencers like @intoyourcloset.

When we hit 35,000 influencers we noticed something kind of funny - businesses were cramming themselves into influencer profiles on our site too. It turns out when you build a great community of professionals, businesses who want to work with them show up. So we added the ability for businesses to create profiles and put up campaign listings to find relevant influencers. We have always stayed out of the middle of the influencer-business transaction. We are not and never will be an agency - we don’t have services and don’t make a penny from the relationships being created on the platform. We think the minute you monetize your access to - or knowledge about - influencers you’ve stopped being able to claim being an advocate for them.

As the business side of our company skyrocketed (we’ve seen over 3,500 campaigns on the platform to date, over 75,000 applications to campaign listings and nearly 15,000 influencers working with brands as a result of our platform) we thought we should go one step further.

In August last year we introduced social networking and content functionality on the site. This allows anyone to find influencers and brands they love and to follow them. By doing this, you won’t ever miss an opportunity to collaborate with someone or to see what your favorite influencers are working on. To date over 35,000 connections have been made on the platform and this is doubling almost every few months now. Slowly, but surely, we see influencers learning how to talk to their peers, ask questions, share their professional milestones and get support and encouragement from those who are going through the same journey.

So why raise money?

Well, it’s pretty simple. First of all - like any professional site, the more professionals and businesses on the site, the more valuable the site becomes to every member. While we are growing quickly and organically, we want to supercharge this growth with some projects we’ll be rolling out soon. Second - we think that the scope of what being an influencer or creator means is expanding every day. We want to open our doors wider to influencers on every platform, in every region and at every stage of their career. Our goal is to be an incredible resource of education, material and mentorship for anyone, no matter the step of their journey they are on. And lastly, we think the time has come to give influencers a platform of their own to tell their stories to the world and especially to their peers. Being an influencer is something that happens from the second you wake up to the minute you fall asleep. We’ll be announcing more about this very soon.

So back to the beginning - our fundraise.

When we set out to raise money we wanted to broaden our own network and set out to find a collection of investors who were experts in the most important parts of our business. The round is being led by Bonfire Ventures, which is a very well respected venture fund in the LA tech community (where we now have some of our staff). Their expertise in scaling and optimizing SaaS businesses has already been invaluable to us as we ramp revenue on our core product that lets business find and work with influencers. Next 10 Ventures is the leading firm focused on the influencer and creator economy. Ben Grubbs, their managing partner, is one of the leading thinkers in this space. Singapore Press Holdings Ventures is not only an incredible partner to give us insight into the evolving world of media but also is a respected financial partner in the South East Asian community which is becoming increasingly important to our business at scale. ACT Capital Partners has deep media chops in Australia which is a huge market for us. And last but not least, AVG brings a network of Ivy league investment experience to the table.

We have ambitious plans for this year to win and keep your attention on a regular basis. We hope you take this journey with us. Together we can empower the influencer generation, disrupt the centuries-old media landscape and introduce a whole new form of how culture is curated for the next decade.

You can read the full release here: