How to Find Bail Bonds Near Me in Hartford

When looking for “bail bonds” or any other unique service as a result of landing on the wrong side of the law, time is of the essence. Time is everything. The anxiety and fear build up when someone you love is behind bars. Connecticut residents oftentimes end up confused about what to do, who to call or what to say.
To help customers 3-D Bail Bonds offers helpful guidance on their FAQs page and over the phone 24 hours a day. When you call our emergency hotline at (860) 247-2245; a live bondsman answers questions at no cost and will be happy to find the information you request.
A Bail bonds service is an emergency need. Anyone in need of bail will most likely look online for the closest bail bonds, the nearest to me bail bonds, and other similarities thinking they will accurately find the nearest service to them. Pay close attention to what our bail bondsmen have to say about finding a true near me bail bonds service in Connecticut.
We agree with you, there is no time to pick and choose at 2 in the morning when grandma who needs medication is locked up or when your brother who needs to be at work in a few hours was arrested and locked up by Hartford police. Whatever the reason, you may be in need of bail services. Learn more about our CT bail bond services in Hartford CT. 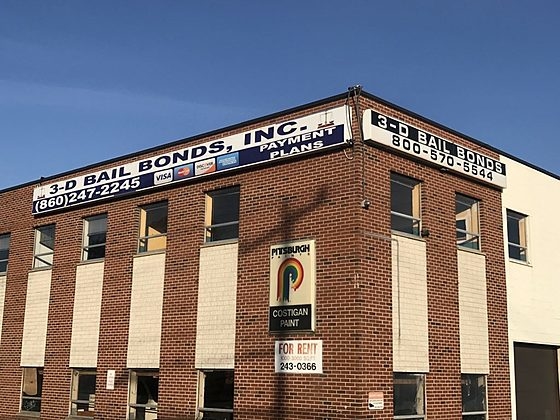 Recognized Bail Bonds Hartford Service
To put this simple, you won’t find professionals like Dan and Drew, 3-D Bail Bonds founders. My local neighborhood in Albany Ave in Hartford used to call them the “bonds people back in the nineties”. They quickly outgrew their office and moved to the North Meadows by the Hartford Correctional. Most friends and cousins knew what to do when someone got busted “call the bondsmen” It was 3-D Bail Bonds”. Back in the early 2000s bail was the way out of jail” and the court was like going to church. You better make it to a court or no one would bail you out. I still remember my grandma’s words. “If I get you out, you go to court, or I will put you back in jail myself.” My point is if you lived in Hartford and had to look for a bail bonds service at some point in the past 25 years, you sure know 3-D Bail Bonds or have heard about them — Source: interview long-time customer J.C. who lived in Hartford CT. 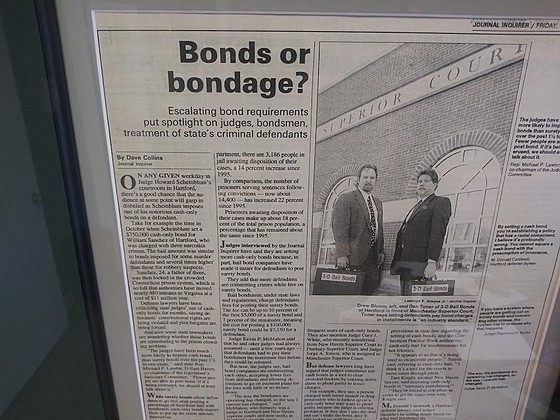 Bail Bonds Hartford (only 3 percent Down)

When life happens, and you need bail bonds in Hartford CT, trust 3-D Bail Bonds for the best bail bonds services by our licensed and local bail bondsman!
Are you in need of bail money or bail financing?
Call (860) 247-2245 our bail experts will find the best bail options for you.
Find us here:

Sometimes, certain arrests and tickets just sound too random to be true, and Connecticut has definitely had their fair share of these incidents. Throughout the years, CT has seen many interesting crimes caused by many out of the ordinary events.

One time, a Southbury man drank a Red Bull without paying but left his phone at the scene, leading to his arrest. In another situation, a man was given a distracted driving ticket because the police thought that his hash browns were a phone.

In Westport, an arrest was once made because of pillow fight, better described as a “violent pillow assault”. And in Southbury, two drivers were once arrested over a road rage fight that resulted in one driver spraying the other with bear repellent.

No matter the situation at hand, 3-D Bail Bonds is always here to assist with the bail process if you or a loved one ends up arrested. Because you never know, save the bail bondsman number (860) 247-2245. 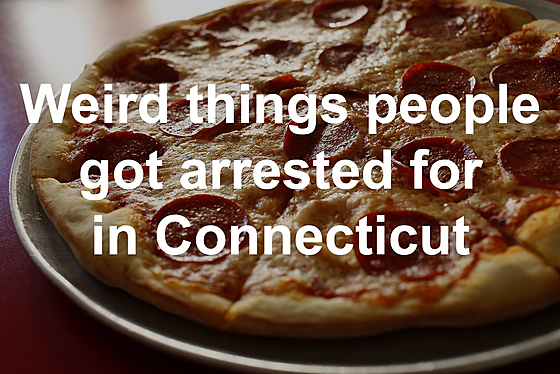 Weird things people have been arrested or charged for in Connecticut recently
www.ctpost.com

Because you never know... we are here! 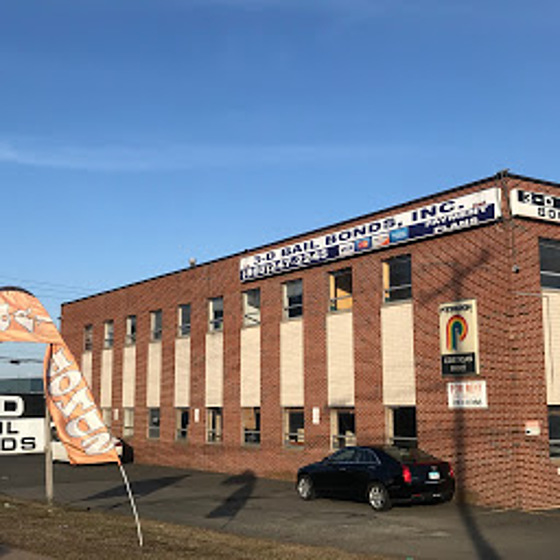 CT Bail Bonds: Can A Bondsman Ask the Judge To Lower Bail Amount?

Can a bondsman ask the judge to lower the bail amount in Connecticut?
No. A licensed Connecticut bondsman can post the bail so you can get out of jail. A motion to lower the bail can be requested by an attorney. An experienced attorney can schedule a bail hearing to reduce or modify the current set bail amount. The motion to reduce the bond must be presented to the Judge in advance to the hearing date.
Experienced attorneys are known for requesting bail hearing when they consider their client’s bail is excessive. During the bail hearing both parties the prosecution and the defense team will present their reasons to reduce the bond while the prosecutor would probably present objections to the reduction of bail. 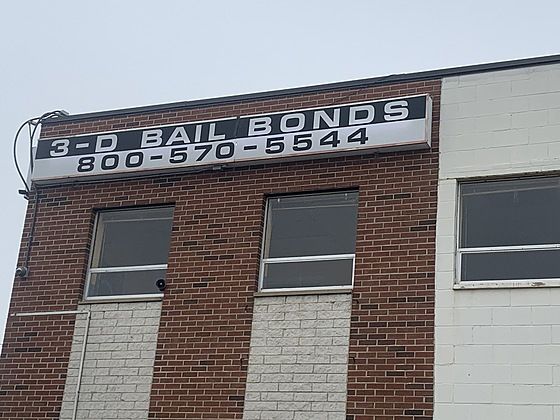 Gun Related Crimes Are Soaring Throughout The Country; Hartford CT Is Not An Exception

According to Dan Toner, of 3-D Bail Bonds, Inc of Hartford CT the rise in gun violence may be related to the COVID-19 Pandemic. He states “incarcerated individuals have been released back into the streets from custody to help reduce the spread of the virus in Correctional facilities”. This has reduced incarceration but may have helped create the public safety issue we are now feeling in the streets.

Additionally, he adds “the Courthouses have been reducing the number of people entering their buildings so criminal court cases have been continued without the defendant’s attendance. He believes “the lack of consequences for criminal behavior is a major factor in these increases, not only in Hartford, but throughout the country.

There isn’t a single reason why gun violence is on the rise, there are many. As we look a bit closer to the issue, Hartford City Officials also believe a contributing factor to be the pandemic that hit in early 2020. COVID-19 has caused the adjudication process to take a huge hit. One individual said “Due to pandemic related concerns, in some cases, offenders associated with violent crimes were being released earlier than usual, when they normally would’ve been held in custody”. Additionally, “In-person” probation and parole meetings have slowed down due to COVID concerns. This along with lower and/or no bond being required in pretrial matters.

See the full article below. 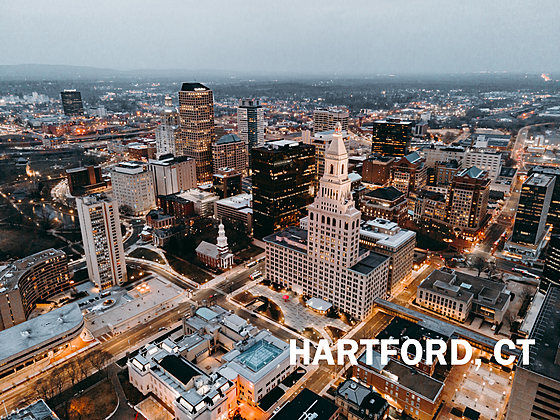 Our New Bail Bonds Process During COVID-19 in Connecticut

We are committed to continue complying with the state’s sector guidelines to keep our customers, agents, and office personnel safe.
https://3dbailbonds.com/new-bail-bonds-process-during-covid-19-in-ct/ 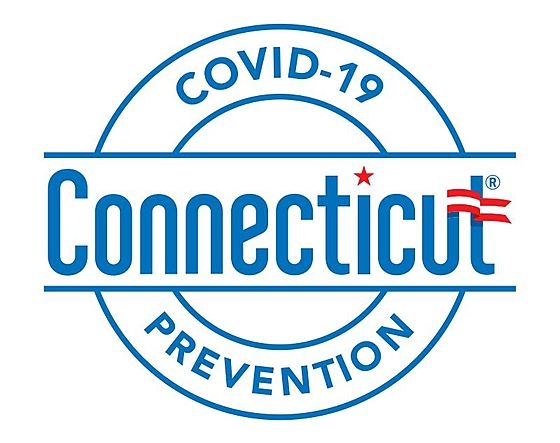 From the first days of the COVID-19 pandemic, serious stories about the vulnerability of America’s prison population were being seen across news services including Hartford. 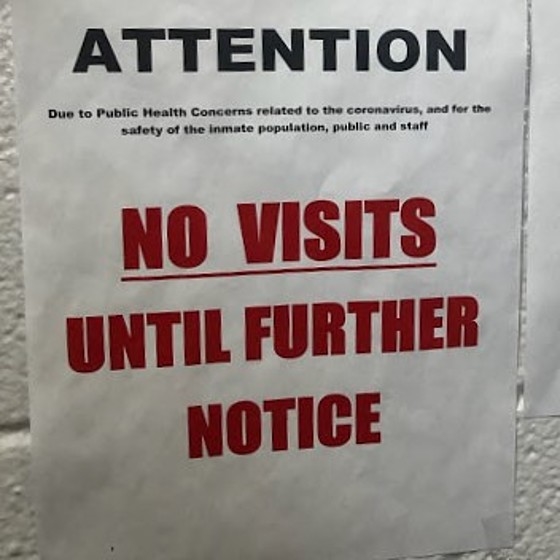 Affordable Hartford bail bonds service located in Hartford CT. Find a local Hartford bondsman now. Lowest fees and payment plans. Because you never know when you may be in need of 3-D Bail Bonds, stay tuned by following our posts and video updates. All Connecticut bail bonds questions are answered by bail experts with decades in the local industry.
Remember bail equalizes the scales of justice in Connecticut.
When out on bail you are allowed to show up to court dressed like a taxpayer.
When in prison, you show up to court in shackles and wearing prison uniforms.
Does the Judge see someone working trying to fight the case, providing for his family? or does the Judge see a prisoner who is willing to plea guilty in exchange of freedom.
Never leave a loved one in a Hartford CT jail, get them out and get them help.
3-D Bail Bonds is a truly 24-hour bail bonds service in Hartford CT. You call and our agents will be right by your side until we get your loved one back home.
Ask questions 24/7
Open 24 hours
Find us here:
Map: https://www.google.com/maps?cid=191812113296253928
Site: https://3-d-bail-bonds-inc-bail-bonds-service.business.site
Official Website: https://3dbailbonds.com/ 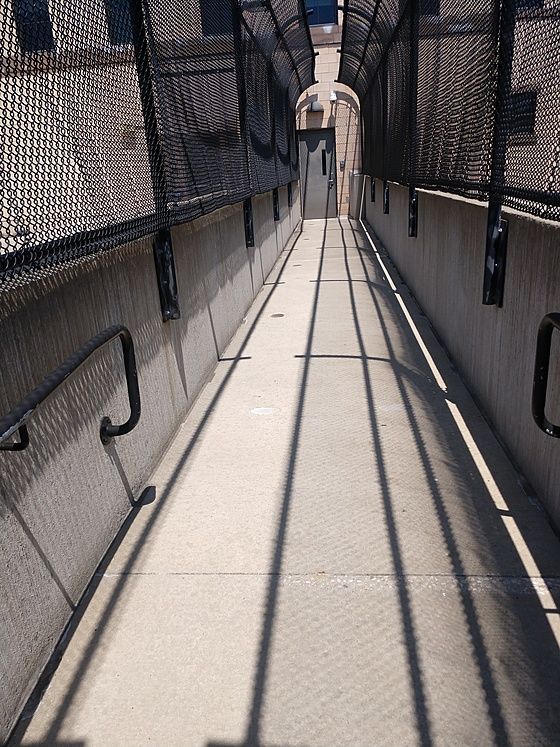