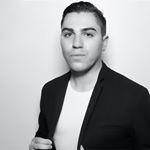 Marc Lupo is an entertainment reporter, writer, producer and an on air correspondent for Us Weekly covering all things Hollywood and lifestyle.

Marc is also a once a week co-host of the iHeart Radio podcast "Naughty But Nice with Rob Shuter."


Prior to joining Us Weekly, Marc worked as a talent producer at The Wendy Williams Show. (“How You Doin’?”) His other work experiences include BET’s Wendy’s Style Squad, The Tyra Banks Show, The Nate Berkus Show, The Apprentice, Bravo’s Tabatha’s Salon Takeover, The Montel Williams Show and Live! With Regis and Kelly.