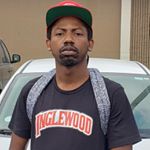 Born in Los Angeles, CA on November 28th, 1991, L.A.rry L.A.vell is the son of Jacqueline Spencer & Chyran William Larry. His father is African & Native American, a product of Jackson, Mississippi and his mother is African American, born in Gould, Arkansas. L.A.vell’s pursuit in the music business became apparent at the early age of 14 when he began recording his own music.

Not being able to purchase production from producers, L.A.rry L.A.vell began producing his own music in the infamous program “FL Studio”. Following his sudden move from his hometown of Inglewood, CA to Chino Hills, CA in 2007, he also acquired his own in-home recording setup complete with the Mbox, Protools Software, & a MXL Condenser Microphone, & began recording, missing & mastering tracks.

Since gaining high notoriety from his YouTube sensational hits “Welcome to the West” & “All I Ride Is Chevys” with recording artist Lars Young, L.A.rry L.A.vell has definitely propelled his career in the music industry as one of the top independent producers in the field. “I take pride in the quality of the music that I put out,” said the Gettin Quik Paper CEO. “If it’s a project I’m responsible for, I go by quality, not quantity!”

With quality productions under his belt with major Recording Artists and companies such as Bernadette Cooper (Klymaxx)(Last Diva On Earth: Episode 1 2015) , Kartoon (Ruff Ryders), B0xxx (EML), Nay Nast (Pushaz Ink), Lars Young (Recording Artist), Real Feel Productions (TV/Film) & many more, L.A.rry L.A.vell is ready to make a name for himself as one of the top mainstream music producers & engineers of all time.

L.A.rry L.A.vell has definitely asserted himself not only as an industry standard quality producer, but as an outstanding recording artist of his own. He achieved early indie success for having the #1 song on UCLA’s college radio station 3 weeks in a row with his mainstream single, “Miss Pretty Smile”. In addition to performing some of the most exciting shows from Los Angeles to the Inland Empire every weekend. With “Let Them Haters Be Mad” is the first official single released on his GQP INC. imprint & his 2nd second lead single, R&B club banger “So Serious” featuring soulful songstress, Ja’Lisa Parks, L.A.rry L.A.vell is ready to grip the industry by storm with his stagger cadence & clever vocabulary. L.A.rry L.A.vell has recently released his debut album, "Let Them Haters Be Mad" featuring the self titled hit single, "Rydin Round" Feat. DJ Muda, "So Serious", "Get On", "Propane". The album is available exclusively on the Google Play Store.

L.A.rry L.A.vell has already reached a status of a well respected musician in his community & across social media. With his new single up the rise quickly in the Los Angeles & Inland Empire Area, & a recent sponsorship from #6BGlass, & an endlessly creative music thought process & business like swagger upon his reputation, He is ready to make an all around impact in the music industry.

Demographic data for @larrylavell's audience is available for free to influence.co users.