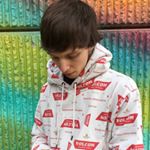 Jordie Power is a Canadian singer, songwriter and record producer.
Born in British Columbia but raised in Newfoundland, Jordie had a strong interest in music from a very young age. This interest most likely sparks from the strong influence of musical talent from both his mothers and fathers side of the family. His father, Kenny Power is a professional singer-songwriter who has recorded and released several albums of his own, and as well was the one who showed Jordie his first chords on the guitar at the early age of only 4.

​Over the years he as performed at any opportunity that came his way. Whether it was singing at a local cafe to talent shows many other places. By the age of 14 Jordie had already decided that he wanted to pursue music as a life long career. It was also at this time he first began to write songs with the help and encouragement of his father. By the time he was 15 he had written many songs and had picked 5 to get professionally recorded. He released his first EP titled "Still Need Love" with was recorded and produced at a studio in Newfoundland. Although this early work didn't take off it was the stepping stones to the songs he now releases today!

​A year later (2016) he recorded and released a single titled "Driven From Our Home" in remembrance for all the families and lives affected by the Fort McMurray, Alberta forest fire. As he had Family who were living their at the time!

Later that same year, Jordie began experimenting with producing his own music, which would bring him on the path to finding his true sound that we all know today.

June of 2018 Jordie decided to leave his rural town in Newfoundland and move to Toronto, Ontario to pursue his career. Since moving their he has been performing as much as possible and as well self released 4 singles!

​His journey continues everyday and this bio will be frequently updated.

Demographic data for @jordiepowermusic's audience is available for free to influence.co users. 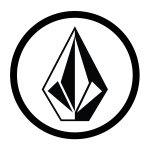