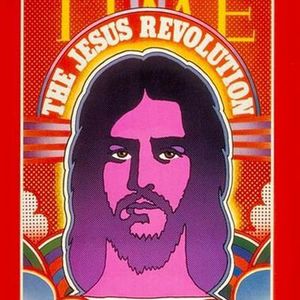 The Jesus RevolutionV2 Is it happening? 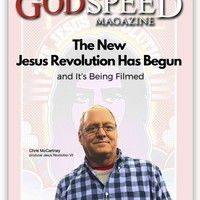 From the tragic death of a beloved President, to the tragic war that divided a country... from sex, drugs and rock & roll to faith, love & saving souls...... this is the Spiritual Awakening and Journey that brought the world closer to God than ever before. Our film encapsulates the era that brought the world to that destination and connects the dots to God's plan. In turn we look at events today. Are the kids of today relighting the flame for a second revival?

Jesus Revolution V2 will combine the elements of a historical documentary with the full cinematic, artistic experience of a feature film. In addition, the film will be supported by a moving original soundtrack with entertaining music of the era. Woven between the documentary and feature film elements will be interviews with key people from the era, including music artists, hippies, church leaders and believers. Also, we will explore the happenings today. The new Groups, Churches, Music and the people making it come alive.

AIM OF THE CAMPAIGN:
To become a feature film & concert that starts the next great Revival, in America and the World

WHAT TYPE OF INFLUENCER ARE YOU LOOKING FOR?
Christian, Christian Youth, Films - Both Documentary and Feature

WHAT EXACTLY IS THE INFLUENCER REQUIRED TO DO?
We are doing a unique form of offering. Instead of a Crowdfunding Campaign, (Kickstarter, Indiegogo) were you can make a donation, we are going thru Wefunder. This campaign, people can "Invest" in the Film. This is a 25% revenue share investment. e.g. Invest $1,000 in the project, then when the film sells receive $1,250 back. No Christian Film has done this. This is a great story along with all the other aspects of covering the next Jesus Movement.

HOW MANY POSTS ARE REQUIRED?
Don't know.

WHAT LOOK/FEEL/STYLE OF POST ARE YOU WANTING?
Informative, motivating and building a larger and larger community around this movement........

DESCRIBE THE COMPENSATION IN DETAIL:
Negotiable.. Payments and/or involvement in the production, the film, the corp. and the concert.

This campaign is temporarily not accepting applications.

The Jesus RevolutionV2 Is it happening?