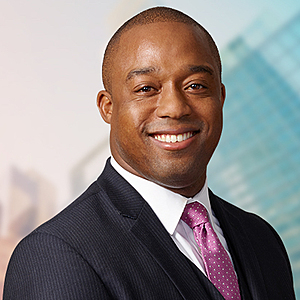 Currently, I am the CSO of PIF. PIF is a cannabis company in Michigan and New York. At PIF, I manage the corporate strategy, government & public affairs, and Diversity & Inclusion program. Before PIF, I was the Director of National Public Affairs Partnerships for MedMen, one of the largest marijuana companies in the US. As the director, I cultivated and managed partnerships with national non-profit organizations, research institutions, advocacy organizations, political groups, other marijuana companies, and trade associations to increase MedMen's profile nationally and create synergies across organizations. A vital aspect of my position was creating impactful community and political partnerships, assisting the company's pursuits of obtaining competitive marijuana licenses. As National Partnership Director, I spoke at over 15 conferences about the future of legal marijuana and represented the company at media inquiries.

Additionally, my department built the company's Diversity & Inclusion program to respond to the CEO's ensnarement in a racial comment controversy. My experience as a labor and employment attorney, political director, and extensive media training convinced the board to let me lead the D & I initiative. Also, ideas form our D & I program was submitted to national cannabis trade groups, to encourage a new approach to diversity in the legal cannabis industry. Historically, the industry lacks diversity. We attempted to lead by example, but the industry was slow to move on our ideas. At the end of my tenure, MedMen had one of the most diverse cannabis companies out of the country's largest cannabis companies.

Previously, I was the Political Affairs Manager for MedMen's New York operations. MedMen is the premier company in the luxury marijuana industry. I managed MedMen's New York legislative agenda, lobbying, and campaign strategy. Before joining MedMen, I was the Political Director for the Marijuana Policy Project of NY. At MPP of NY, I successfully passed the PTSD Medical Marijuana bill and expanded access to medical marijuana to veterans in New York.