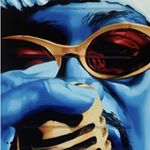 Gus Cutty is an aerosol artist who cut his teeth painting rooftops and walls in the southeast in the late 90s and early 00s before moving to San Francisco to expand his perspective in 2006. Since his return to the area in 2012 he has built a reputation as Western North Carolina's top muralist known for his large scale spray painted portraits that exist somewhere between pop and realism. Though recognized for his ability to reproduce images on the huge scale for which the medium was created, Gus has recently focused on the opposite, shrinking his detailed characters using a unique process of layering, never stenciling, to produce small pieces for numerous private collectors and art galleries in the Asheville area. Collecting broken wood from the endless sites of demolition in the area, Gus builds one of a kind backdrops for his characters adding rich textures that hint at the memories of lost places and people resulting in rustic pieces which are uniquely Appalachian. Besides being voted the #1 muralist in WNC for the last two years, Gus has created work for various regional breweries and bars, designed and painted several murals for PBR and Mellow Mushroom, painted at Outside Lands Festival in San Francisco, and was chosen to participate in the Tag the Jewels project for Run the Jewels in 2015. Having recently opening his new exhibit Moet with Medusa, an ode to 90s hiphop, at Satellite Gallery in Asheville, Gus is excited to begin working on pieces for various group shows in the southeast region as well as several large scale commercial murals.

Demographic data for @guscutty's audience is available for free to influence.co users. 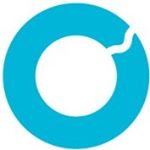 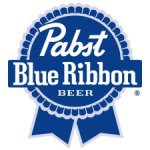