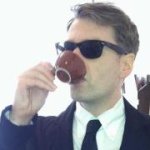 Gordon Meyer is a 20+ year industry veteran in the advertising and marketing field with a wealth of experience working at disruptive companies including SiriusXM, J. Walter Thompson and Razorfish. In 2018 Gordon was named one of the “30 people to watch in Augmented Reality” by Next Reality News who said, “Gordon Meyer gradually became one of the loudest and most high profile voices pushing AR forward, far away from Silicon Valley on the East Coast.” In 2015 Gordon was named “Top 40 under 40 Brand Marketers” by Brand Innovators a premier Marketing industry think tank.

He has been featured on NPR’s All Tech Considered, as well as publications such as Forbes, INC Magazine, Chicago Tribune, Skift and Brandchannel among others.

In addition to consulting for Immersive and Blockchain companies, Gordon teaches "Blockchain for Business" at Columbia College. He sits on the Board of Advisors for BWG Strategy an invite-only network for senior executives across technology, media and telecom. Additionally, Gordon is on the Board of Directors for a local Soup Kitchen and homeless shelter. He lives in New York with his wife and two daughters.