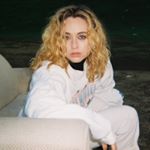 Fun, edgy and boisterous are leading characteristics that help make up the unique creative DNA of rising pop artist, ALEXX MACK. Having dedicated time to personally develop her craft of songwriting and artistry, Alexx is set to impact the music scene with an infectious blend of appealing electronic, alternative and pop elements. Most recently, Alexx independently released her highly anticipated EP, "Like We're Famous" – a flirtatious and infectious collection of songs that have received accolades from leading industry outlets such as Billboard, Spin, Paper Mag, Idolator and Noisey Vice.

Born in Atlanta, Georgia, and raised in Jupiter, Florida, Alexx was introduced to her passion for music at a very early age. By the age of only seven, Alexx began penning her own songs and continued to develop her writing the same time as she was exploring her individuality. Witnessing the talent at hand, her parents encouraged Alexx to pursue music seriously throughout her education. Graduating from high school a year early, Alexx headed west to LA where she was quickly inspired by the energy and creativity of her new surroundings. Through collaborating with local producers and writers, Alexx recorded early competitive material that found its way to influential taste makers and industry professionals. In a short amount of time, Alexx secured a world-wide publishing deal with BMG, which then in turn allowed her the independence to identify her own brand as an artist.

Since the release of “Like We’re Famous,” Alexx has been featured on leading outlets such as BBC Radio 1, iHeart Media and SiriusXM. In March, 2016, Alexx released a remix of “Sunglasses” with DJ/Producer GOLDHOUSE. Also in March, Alexx performed two shows at South by Southwest, to rave reviews. In addition to her solo efforts, Alexx collaborated with DJ/Producer John Dahlback on his Armada Records EDM single, “Count To Ten,” which has amassed over 1,000,000 plays on Spotify. Alexx is currently in the studio writing for her next release in late 2016.

Demographic data for @girlwilde's audience is available for free to influence.co users.


Links to press and other media related to my influencer work.