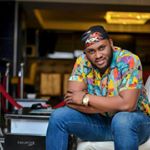 
Eze Prince Justice hails from Ikwano East local government, of Abia state.
Born and brought up in Ibadan, Oyo State, Nigeria, Eze Justice is a multi-talented young man with a fine sense of humour.
Eze Justice bagged a degree in Computer and Information Technology And later attended PEFTI film Institute to follow his filmmaking passion
He is an Actor/Director, model, Event planner/Manager and an entrepreneur. He is the C.E.O. Just'ICE concepts, Co Founder Shelcans Entertainment (Youth empowerment initiative and strategies) and the manager of award winning gospel artiste "Babatunmise"C.E.O. Music Me and Him (MMH) Records.

As a student at PEFTI Film Institute, he directed a play, "The gods are not to Blame" written by Ola Rotimi,for the graduating set of 2013/2014. As a Computer and Information Technology expert, Eze Justice has taught several schools for two (2) years, as a Computer Studies teacher. He was also a dance instructor at Ibadan International School and Marrella International group of Schools, just to mention a few. His passion is beyond imagination.

His acting career professionally Kicked off in 2009 when he featured in a T.V. sitcom "Cousins" in 2009,playing the role of a soldier. It was produced/directed by Adebayo Adesoji (JazzyB), and was screened on Mnet "African Magic" channel. After being certified as a professional Actor by the Actors Guild of Nigeria (AGN)-Oyo State Chapter, Eze Justice co-organized a three(3) days acting workshop of the Actors Guild of Nigeria (AGN) in collaboration with Oyo State Chapter tagged- "Breaking the barriers of role interpretation" at the African Heritage Library Adeyipo,in June 2014 as a guild executive (Financial secretary), with the honour of the National President, Ibinabo Fiberesima, former Southwest vice-president, Jibola Dabo and the chairman Oyo-State chapter, Oyebanji James.

In 2013, he directed some short films which are - "Twist", "Potato Chips" and starred in "Short cut", "Dark Horse", a documentary "Blacksmith's Diary" just to mention a few (you can subscribe to his YouTube channel).
In 2014, Eze Justice was featured in a film shot by the Actors Guild of Nigeria (AGN) - Oyo State Chapter titled "The Picture". He starred as "Ben",nephew to the governor played by Jibola Dabo. Eze Justice is an entertainment/showbiz enthusiast, a youth activist, a mentor/rolemodel to so many youths, and devoted admirer of the works of Steven Spielberg, Michael Jackson, Kunle Afolayan and Favour Essang (C.E.O. Dexterity Plus),who is also his mentor.

Eze Prince Justice is an explorer and adventurer who will not seize to partake in every great or small project in the Nigerian movie industry at large. His good works, experience and determination has brought him several honours and applaud in regards to his passion.
He is nominated "Nollywood New Hunk 2015, Nollywood New Hunk 2016 and Face Of Nollywood MAYA AWARDS 2016" Emerged Winner "Face of Nollywood 2016", also bagged "Entrepreneur Of the Year Award" NIGERIA HERITAGE ICON AWARDS 2016 to hold 16th December, 2016.

"SHORT GUT" is a short film based on reality to facilitate the awareness and prevention of Cancer "Gastric-Duodenal"
Which statistics has shown that only 29.3% has survived gastric cancer in the last 5years. "We can win war against cancer by aggressively pursuing prevention".
This beautiful story is shot in the magnificent ancient city of Ibadan, Oyo State, Nigeria.
The short flick has enjoyed massive response in Ghana, Cotonou, New York, New Jersey, Houston, Malaysia, South Africa. The aim is to create a worldwide awareness which is achievable.

Demographic data for @ezejustice's audience is available for free to influence.co users.