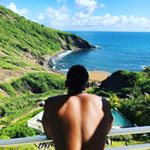 Born in the Caribbean paradise of St. Lucia, in the tiny village of Choiseul, Halim Lionel grew up with island roots and sounds. By his 5th birthday, his Mother was posted to Austria to begin a career at the UN in Vienna, so he found himself heading to a new life in Europe.

Later, years after growing up in Vienna and a 2nd language German under his belt, a permanent injury forced him to leave a promising career as an emerging young professional footballer. The news being a major let down, Halim decided to take off for New York to hang out with his DJ cousin for a stint, and after 1 dose of watching his cousin rock the crowd on the 1's and 2's at a dancehall block party in Brooklyn, he gave it a try and then had the revelation and passion that would change the course of his life forever.

Halim brought a new passion back to Europe and began honing in on his new craft by creating mixtapes on cassettes. As the digital revolution took hold, he started remixing tracks and playing his first gigs in Europe such as in Vienna's hottest clubs.

Soon assuming the befitting DJ moniker “DJ PRINCE HALIM” his luck seemed to be flowing with all of the new connections he was making. One in particular was his meeting then Aftermath Interscope Recording Artist “Truth Hurts” on one of her 1st business trips to Wien. She was so impressed with his skills, she immediately asked him to accompany her on her short tour in Europe as her official tour DJ which then incited the DJ Prince Halim mayhem. From touring DJ Prince Halim was inspired to create an exclusive party experience called "PRINCETIME" then soon after an extension of that group called "PRINCETIME GIRLS" which all became so infectious in Vienna, Halim started to rise fast.

"PRINCETIME" started to immediately host exclusive events bringing Artists and entities to Vienna such as "Les Twins" (the exclusive and legendary dancers for the likes of Jay Z and Beyoncé Etc) Omarion, Pit Bull, Lloyd Banks, Nelly, Kid Ink and naturally Halim now renown and having the key to the city in Vienna was the designated DJ for every Artist whom headlined for a PRINCETIME event. Even Artists like Justin Bieber visiting his PRINCETIME events privately while they stay in the City.

Halim cemented his reputation for total commitment to chaos and extreme partying at his world record attempt of partying for 22 hours straight for a PRINCETIME event, which soon developed his signature....THE MASK he wears every time he performs which has the clown smile embedded on it when the "PRINCE" is too tired to smile. Now, when the mask comes on it's "PRINCETIME" and time for the mayhem. Party freaks from all over the world love his blend of old school dance hall, R&B and hip hop.

Especially since he was presenting the artist “MHD” at concert he felt in love with the new movement of Afro Trap house music. It’s a combination of Caribbean roots with African culture, a futuristic, forward looking sound a beguiling mixture of African beats and Hip Hop influence. It’s also up-tempo, so clubbers never get tired. He is on the way becoming the DJ leader of Afro trap house in Europe.

DJ Prince Halim is the captain of the “PRINCETIME” ship and with “PRINCETIME GIRLS” in tow, the destination is unknown and likely to be a non-stop top of the line party life experience. "I am always ready to conquer, ready to destroy and free the crowd taking them away from their daily life and into another dimension. I dress different, I am different, I break down sounds, from the base to the high note so that the crowd can always believe in me." -DJ Prince Halim-

How does he DJ? He prepares like a ritual, but leaves his preconceptions at home. His skill in mixing is to give the whole room energy. He has his own style - no headphones, no playlist, live MC work and a rawness that keeps him in the moment.

“I am the starter, the leader, give the people my energy and harness theirs. I never give up - if they tell me not to stop - I can go all night, into the next day. I am a drug.” -DJ Prince Halim-

Demographic data for @djprincetimehalim's audience is available for free to influence.co users. 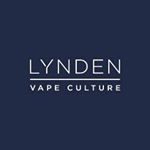