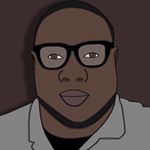 When it comes to the Name DiamondKesawn, it truly speaks for itself. Born Kesawn Cooper, in conjunction with the fact that he is known to be a girl's Best friend aka Diamond; you get the Birth of DiamondKesawn.

Boston Raised and Baltimore Made DiamondKesawn stepped into the Entertainment Industry in 2006 via Baltimore’ #1 Radio Station WERQ 92.3fm. Starting out on the Street Team followed by Interning under the Baddest Female Producer in Radio at that time, Sonjay DeCaires. DiamondKesawn was on a
path that felt so natural one may call it pre-destined. Learning all he could from Sonjay, Diamond embarked on his path in media in 2007. Starting the DKP Radio Platform, DiamondKesawn vowed to give Indie Artist the Exposure they needed to aide them in their Promotional Campaigns, Street Movements and Industry Takeover.

DiamondKesawn, has grown the DKP Platform with rapid success. The DKP brand now touches Radio, Television, and Internet. DiamondKesawn also serves as the Editor In Chief for Raynbow Affair Magazine which has allotted for his imprint to reach Print Media. DiamondKesawn has crossed over to Mainstream Media and Multi-Regional Recognition.

DiamondKesawn has expanded his reach from only media to now producing in multiple outlets to include, Theatre, Web Series, Film, and Television. The Self Made Media Socialite is dedicated to the continued Growth and the Development of himself, DKP the Brand, RAmag and the Brands of those he will touch.

Demographic data for @diamondkesawn's audience is available for free to influence.co users. 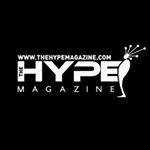 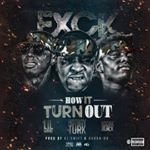