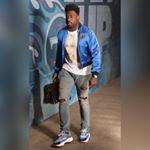 Delanie Walker is a 3x Pro Bowl tight end for the Tennessee Titans. Walker spent the first 7 years of his career with the San Francisco 49ers, winning the NFC Championship in 2012. On March 12, 2013, he signed with the Tennessee Titans as a free agent. His first two seasons in Tennessee arguably resulted in the best back-to-back campaigns in franchise history by a player at his position. From 2013 through 2014, Walker totaled 123 receptions for 1,461 yards and 10 touchdowns. Among all Titans/Oilers tight ends, only Frank Wycheck recorded more total receiving yards in back-to-back years. During the 2015 season, he shattered all Titans records for a tight end, including 1,088 yards receiving. He led all NFL tight ends with 94 receptions and became only the ninth tight end to ever record 90+ catches in a single season. In 2018, Walker was named 2018 AFC Offensive Pro Bowl MVP, after doing what he had done for the Titans all season, deliver in clutch situations and catch game-winning touchdowns.

Walker was named the 2013 and 2015 Tennessee Titans Community Man of the Year, due in large part to his tireless work with Mothers Against Drunk Driving. He teamed with MADD to help raise awareness of the dangers of drinking and driving after losing his aunt and uncle in a horrific accident near New Orleans after Super Bowl XLVII In addition to his work with MADD, Walker is an ambassador with the Tennessee Governor’s Highway Safety Office’s “Booze It and Lose It” campaign. In June 2015, Delanie spoke alongside NFL Commissioner Roger Goodell at the MADD National Conference in Washington, DC. The Delanie Walker Gives Back Foundation Walker was founded provide inner-city and low-income children with the educational opportunities and resources to reach their full potential and beat the odds. The major community outreach programs of Delanie Walker Gives Back include Back to School COOL, free dental visits for low income children and an annual free football camp for kids 8-14 in Pomona.

Demographic data for @delaniewalker82's audience is available for free to influence.co users.