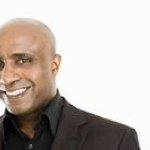 Dave Pamah has a passion, a passion to help others. In early school years, like many children, Dave was the subject of bullying and decided that the way to ‘fight back’ was to help others who had been in the same position.

As a working firefighter for 25 years, his drive to help people not only spanned the general public, when the brave crews had to attend some horrific scenes, but also that of his fellow colleagues, as Union Learning Representative for his trade union, Fire Brigades Union (FBU). Here he provided the advice and support to union members about their training, educational and developmental needs.

Taking lessons learned from his colourful life of athletics and as a member of a tough workforce, Dave has battled for equality and now wants to help people, there is no specific person, this is help that will see everyday people, with everyday issues find some resolve in his words.

Dave is author of the book ” Firefighting from within“. In the book, Dave shares the ups and downs of life, many thrown at him from a young age and which he has learned to deal with. He quotes ‘We are always learning and growing, so now I want to share it’.

In 2005 Dave graduated from the University of London with a BA (Hons) Degree in Politics and Society and has lately undertaken a lot of personal development work. As part of his politics degree, Dave wrote a dissertation called ” Watch Culture Groupthink“.

Dave is also a coach and speaker and hosts his own podcast show called “The Dave Pamah Show“. Dave even had a stint as an actor playing a cameo role in the film “Huge” with none other than “A” list Hollywood actress Thandie Newton.