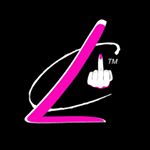 23 year old dutch singer and blogger Chrissy Lee started singing at the age of 4 years old and held her first concert 2 years later.
While living in Switzerland, she met Geo slam in a cafe in Zurich while he spent time there working with other artists.
"My friend recognised him and walked up to him and asked him to meet me. Geo and I started talking and the chemistry was there without him hearing me sing. He said he liked my personality and that we should keep in touch. But we forgot to exchange contact details. After 5 months I sent some material that I had recorded to Gary Rabie who I knew was working for Geo Slam.
After a month Geo Called me and said that he would be in Europe during a few weeks and asked me to meet him there."

Chrissy then went to Stockholm, and after a few hours of talking and catching up, Geo wrote 2 songs for Chrissy on the spot. Chrissy was already making headlines as the whole hotel knew about her after the first day since making an appearance at breakfast with her unicorn outfit. "A lot of funny things happened" - Chrissy said.

"It was without a question that I should be an XCX artist! I signed the contract and now I am a part of the family.
My first single "Fueled By The Rush" just came out!"

"Fueled By The Rush" is a Pop, Punk, rock, trance , a big doze of attitude and humor. "Crazy, everything thats me Daring, vulgar and sexy, all at once . I actually cannot really describe it, you have to hear it by yourself!"

"Geo is a perfectionist but he has the same humor as me. We laugh a lot but we both work very hard til we nailed the perfect takes."

Chrissy Lee is now in the process of doing a great deal of photo and video shoots, finishing a documentary that you will be able to catch on youtube and will be launching her new blog very soon. "I am very excited to show people what I am up to and have been doing."

Demographic data for @chrissylee_xcxartists' audience is available for free to influence.co users. 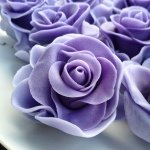