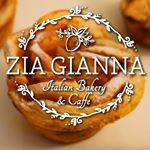 Caffe Zia Gianna published a campaign
over 4 years ago 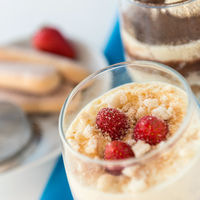 Zia Gianna is a local, Dorchester restaurant that serves traditional Sicilian breakfast and lunch dishes, coffee and espresso beverages, and classic American meals with a unique Sicilian twist. Executive Chef and Owner, Nino Barbalace, moved to Cambridge from Messina, Sicily seven years ago to pursue a post-doc in architecture, but, after several years away from his hometown, decided to revisit his interest in sharing his food, his culture with others. He attended the Cambridge School of Culinary Arts, then worked as a private chef for a few years before demand required that he open his own restaurant. Now, with Zia Gianna Caffè, Nino hopes to share the food and energy of his hometown with others by creating an environment that’s warm and welcoming, rich with the flavors and aromas of Sicily.

This campaign will focus specifically on the gelato launch, which will take place Memorial Day weekend. We will be having a preview party on Sunday, May 20 that influencers will be invited to join and/or post photos of!

We would love for food and lifestyle influencers to take one photo of either the Gelato in a cup, or the Gelato-Brioscia sandwiches (like ice cream sandwiches, but with Gelato, in Sicilian Brioche!) and post it on Instagram. We need the post to stay up until July 15 in order to create buzz around the summer menu additions.

Generally speaking, our posts are bright, colorful and fun! We like to incorporate the colors of Sicily wherever we can (blue, yellow, red, in particular) and we want to keep the mood light. Sicilians love food and love emphasizing the enjoyable things in life, and that's exactly what we aim to do on our feeds and in our caffe.

This campaign has finished.