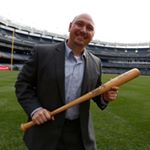 Bryan Hoch has covered New York baseball for the past two decades, working the New York Yankees clubhouse as a MLB.com beat reporter since 2007. Bryan is the author of “The Baby Bombers: The Inside Story of the Next Yankees Dynasty,” which was published in 2018 (revised for paperback 2019), and a co-author of "Mission 27: A New Boss, A New Ballpark and One Last Ring for the Yankees' Core Four," published in 2019.

Regularly seen on MLB Network and heard on many radio stations throughout the United States, Hoch’s work has also been featured in Yankees Magazine, New York Mets Inside Pitch, and on FOXSports.com.

Raised in Sloatsburg, N.Y., Hoch began his journalism career during his freshman year at Suffern High School, launching a popular "Mets Online" web site that would eventually open doors to big league press boxes. Since joining the Yankees beat, he counts witnessing the closing of old Yankee Stadium, the World Series celebration of 2009 and the final days of the "Core Four" among his most memorable experiences on the job.

Hoch is a two-time New York City Marathon finisher (2010, 2011) who still fondly recalls getting a Fantasy Camp hit off a Jeff Nelson slider. He loves "Back to the Future," vintage Topps cards, Ron Burgundy quotes, good bourbon and compelling games. Hoch lives with his wife, Connie, and their daughters, Penny and Maddie.

Demographic data for @bryanhoch's audience is available for free to influence.co users. 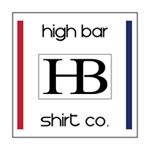