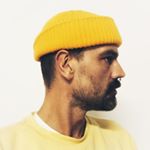 Brett Rogers is what he likes to call a Multi-Person. Which he defines as a person undefined by what they do. He has worked in so many fields that he doesn't really know what he “is” in the traditional western sense of the word.

2015 brought the new challenge of being chosen to be the presenter and content producer for Food Booze and Tattoos. Which has flighted in Sweden, Poland, Italy, South Africa. Its also released by Discovery India and Discovery Latin America and Brasil, and is currently on Netflix worldwide

He considers his greatest honour to be a 14 yr old South African boy representing his country in Egypt and being one of the first athletes to ever stand on top of a podium with a gold medal singing the new anthem watching the new flag being raised in 1994.

Life took him overseas to work in Southampton, London, Edinburgh and Munich. In Munich he worked with fashion label Fummel und Kram on their english copy and at times embroidery. It was this invaluable time that his interest in fashion was more fully developed, and his education into what good fashion designers strive for began.

Joburg came calling and he was offered a chance to help create and manage a new and exciting restaurant in the city, it wasn't a job that was to last long but it allowed for the sowing the seeds of love for jhb, a city he never thought he'd return to. His love for Jozi brought new friends, old friends, interesting friends, crazy friends, challenging friends and loving friends into his life. Something he'll always thank Jozi for.

It was during this return to Johannesburg that he got the opportunity to work for Sailor Jerry Rum and another new world was opened to him, where his love for badass music was not only allowed, but encouraged. The knowledge gained from working virtually alone (with remote support) to help create a brand was one of the most spectacular learning experiences and has been a constant resource in helping him in his current ventures.

The love for Location Scouting led him to create the company I Scout Jozi which as been responsible for finding the locations for some of the most exciting commercials and documentaries to come out of South Africa.

In 2013 Brett curated his first art exhibition, called Feral, with artists Muzi and Peachfish, the event was a great success for both the artists as well as Brett. 2014 will bring new artists and more events along these lines. The wheels are in motion.

Through out all these years Brett has worked as model and has had the great privilege of working with brands such as Laurence Airline, Pringle, Sixty and many more. Brett was selected by Dubai based WEST LA boutique to be the face of the brand in late 2014

Brett is also the designer and owner of clothing company HALFWOLF. He is growing it gently and is focussing on its already strong brand image. HalfWolf has been extremely well received and its constant fan appreciation has helped the growth of the brand

He currently works as Creative Lead at HYH a creative agency which blow his fucking mind.

Throughout all this time, Brett has managed to maintain his mission of being in control of his decision making almost every step of the way. Long may it last.

Demographic data for @brrrogers' audience is available for free to influence.co users. 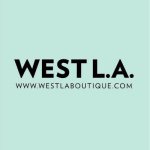 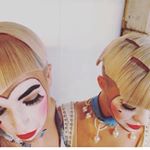