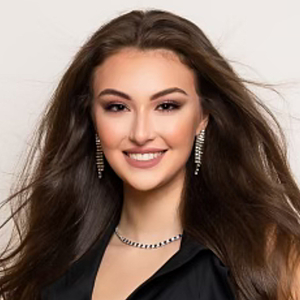 I am a multitalented, award-winning scientist and Patent-Pending inventor, published writer and poet, fashion and runway model, National Champion Trampolinist, as well as, an actor starring in Discovery Science Channel’s - MythBusters Jr. My inventions have garnered success at the Greater New Orleans Science and Engineering Fair where I won the Grand Award in 2016, 2017, 2018. I have competed in many National and International Competitions such as Broadcom MASTERS (2016, 2017, and 2018) Coolest Projects (2019 & 2020) and ISEF (2019 & 2020). In 2016, I was awarded, from MIT, a minor planet named after her called (Pizzolato 33187). Recently, I also won Akron’s Global Polymer Academy’s National Award in Science and Engineering. My writing has garnered awards from NASA and in 2018, I won the AIAA National NASA essay competition for her article entitled, “Astronauts – The Right Stuff Indeed!”

I have walked the fashion runway for internationally renowned designers such as Stevie Boi and Brick Allen and can be seen in print magazines such as Sophisticated Woman and Exalte Magazine. She is currently featured in the June 2021 Smith and Gale Magazine, REBEL, Ellements, and Lookbook. 👠 I have won numerous beauty pageants including the 2018 Miss Pre-Teen New Orleans, 2018 Pre-Teen Miss Louisiana State, and 2018 Pre-Teen Greater Gulf States Supreme. Recently, she placed 1st Runner-Up in the 2021 Miss Louisiana Teenage USA.

I have a passion for science fiction and enjoy performing at comic cons.You can see performing at Wizard World, CyPhaCon, SiouxperCon, Big Easy Con, and STEM festivals around the country where I portray a large array of characters including: Catwoman, Electra, and Rosie the Riveter. 🦸‍♀️Currently I'm working on an original character that will debut in 2022.

When not working with the SPCA to promote humane treatment to animals❤️. One of my favorite hobbies is talking with kids and encouraging them to dream big and follow those dreams by participating in the activities that they enjoy and are passionate about!!! It is extremely important to cultivate young minds and show them that there are people out there that are behind them and want to see them succeed! I want to show them that if they put their minds to something, there is nothing that can’t be accomplished. I want to instill in them to ask questions and be inquisitive in all areas of their lives. I want to encourage kids to explore their interests with a passion, but most of all, I want to encourage everyone to, ✨“Dream Big!”✨ 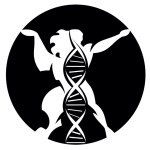 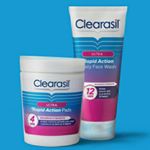