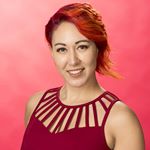 Atom Bomb Body is a professional cosplayer, model, ex-bodybuilder and Twitch streamer. Her specialty is anything geared towards video games and post apocalyptic themes. She has modeled for game companies such as Blizzard and Playstation/Santa Monica Studio (God of War). Atom believes that anyone is capable of taking their passions and turning them into a career.

Atom Bomb Body quit her regular regular “9-5” job several years ago to pursue her passions. She found that she enjoyed freelance work, becoming her own boss. Eventually she created her own LLC which encompassed all of her geeky endeavors.

Atom's unique look was inspired by the video game characters that she would create. She was an avid video gamer since she was a young girl, starting with the SNES. Creating these characters made her want to bring them into reality, which was why she got into fitness to become a better version of herself. She competed in the bikini division of bodybuilding starting in 2012, and took a break once she got her pro card in 2017. She has competed in 3 shows as well as a fitness modeling competition.

After finally gaining confidence, she started modeling for both photographers and life drawing artists. Some of the more note-able companies include Blizzard, Santa Monica Studio/PlayStation, and Spin Master. She's been published in several magazines and has been on the cover of Modelz View magazine.

Atom started learning how to create cosplay 2 years ago. Since then her more memorable works are her Slave Leia/Mercy, Atomic Wonder Woman and Vault Dweller cosplays. She enjoys encouraging and educating others to get into cosplay crafting.

Atom also live streams on Twitch, both gaming and cosplay. She has a very active community filled with photographers, cosplayers, fellow streamers and gamers called the “Atom Bomb Brigade”. Her gaming streams frequently features members of the community and her cosplay streams help show people how her creations come to life.

Demographic data for @atombombbody's audience is available for free to influence.co users. 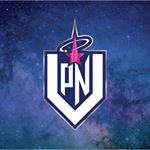