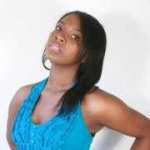 Ashley Sykes is a Los Angeles native that is flourishing in the Entertainment industry. She is an actress and TV host that is ready to take the world by storm!

Ashley has been a gamer her entire life,playing consoles from the NES to PS2 to the current generation of the Xbox one and PS4. Favorite titles include The Sims,Assasins Creed,GTA,Tomb Raider, Metal Gear,God Of War,Phoenix Wright,Final Fantasy,Life Is Strange,and COD.

She is also a professional brand ambassador/promi girl that has represented brands such as Playstation,Xbox,Jack Daniels,and AT&T.

Ashley has a love for languages speaks Spanish fluently and is currently studying German and Mandarin chinese. She also loves K-pop!