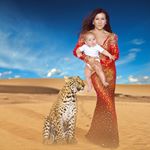 Ania Basak is one of the most influential women in fashion & beauty industry in the province of Alberta - coming just over 8 years ago straight from Europe (Poland) - now proudly Canadian.
She is President&Co-Founder of Fashion Calgary, Makeup Artist, Image Consultant&Personal Shopping Assistant. While living in Calgary, she has been a Beauty Ambassador for Giorgio Armani, a Beauty Advisor for Yves Saint Laurent, and Education/Training Coordinator&PR/Media Representative for Guerlain Paris Canada in Alberta.
Ania received her training from Maestro Image Academy in Poland held by the International Champion of Makeup&Style – Olaf Tabaczynski; becoming certified Makeup Artist that allowed her to accept in 2013 the position of Regional Makeup Artist for Christian Dior in Alberta.
From academic perspective, Ania Basak is a music graduate(used to teach piano - over 25 students each semester between age of 5-45- in Calgary for over 3 years )with MBA at Law&Administration Department from the University in Poland. She has been recipient of numerous scholarships presented by the Prime Minister of Poland.

One of Ania's biggest accomplishments is co-founding Fashion Calgary Portrait Campaign that started in 2012, when Calgary has been chosen as the cultural capital of Canada; with the aim of featuring TOP25 Ambassadors who are shaping the cultural scene of the city of Calgary, the province of Alberta and Canada (including such individuals coming on board, as Sheldon Kennedy, Kelly Hrudey, Michelle Cameron, Andrew Mosker, Jan Hudec, Hayley Wickenheiser, W.Brett Willson Christine McIver and many more). After successful campaign in its first year, in 2013 she linked the campaign with Calgary Philharmonic Orchestra - raising funds for their non-profit organization - Musical Camps for Kids and help create awareness around that for two years. In 2015 together with myself - Rafal Wegiel - she’ve created partnership with one of the biggest children hospital in Canada – Alberta Children’s Hospital and its Foundation to raise awareness and funds for Brain Health Division through the annual campaign and exclusive gala event in memory of her younger brother who passed away at age 15 because of brain tumour.
Guest speaker for BPW - Calgary Chapter, where she was invited to share her story & empower women; the only one Canadian media representing both Canada&Europe at New Jersey Fashion Week(later Fashion&Beauty Week in NJ) as well as this year at the biggest fashion expo in Poland - FashionExpo 2016 promoting also Canadian fashion designers.
Believing in giving back - proudly volunteer at YMCA for over 6 years and Bikram Hot Yoga., for 3 years.
She truly believes in Karma - when you Give, it will Come Back sometime...
Since 2015 - she became new mom of Baby Olivier - still working full time and continuing highlighting what the city of Calgary has to offer..

Ania promotes and inspires individuals as well as organizations to be and feel their absolute best!From the initial evaluation to a complete image makeover, her mission is to help you define and refine your image in accordance with your unique personality, lifestyle and aspirations.

Demographic data for @aniabasak's audience is available for free to influence.co users. 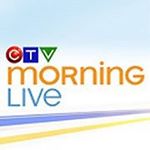 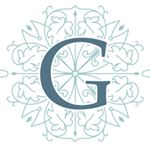 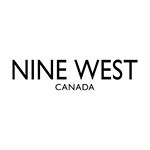