Ken Will Music is an American rapper, multi genre record producer, composer and songwriter, best known for producing pop, R&b, trap and composing film scores. Ken Will Music has a net worth of $3 million. He has also produced many hit singles, including Louise Chantal "Million Tears," Rihanna's "Birthday Remix," Feat Chris Brown and Maino's "Tryna Get It." In terms of his own music, Ken Will has released numerous mixtapes and a studio album entitled "4eva Drippy."

Ken Will Music was born as Kenneth Wayne Wilson on February 13, 1984 in Trenton, New Jersey. He is the oldest of Actor Ryan Wilson of Angela, and Ronald Wilson. Ken Will had a highly athletic childhood in which he participated in football, basketball, baseball, soccer and track. Although he dreamt of becoming a professional athlete, his passion for hip hop music took over early on. When he was 12, Ken Will started creating his own beats on a MPC beat machine his mother purchased for him for Christmas. Eventually, he began using production equipment such as the MPC 1000, MPC 2000, Yamaha Motif, and the Roland Fantom. By the age of 17, Ken Will was spending time in his cousin's recording studio in Trenton, where he attempted to sell his beats to established artists. Although no music was placed, he soon attracted the attention of former Atlantic Records Rapper Kilagram, and Fox Empire TV star Big Ooh.

Ken Will established his own production company, called Ken Will Productions LLC, in 2013. Seven years later, he founded the label Ken Will Productions LLC, and signed it to Future Hits TV. Through his label, Ken Will produced 2018s "Million Tears," the hit single on debut album Welcome to Aranb by Singer Louise Chantál. That year, he also worked on "KOB2: The Album," one of two official albums for the hiphop rapper Maino. The album's 10th single, "Tryna Get It," was a collaboration with Uncle Murda, Tweezie, and D.O.D. 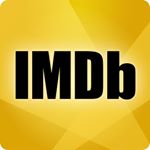 Snaps where I promoted the business you see below.