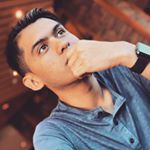 Juan C. Martinez, better known as his stage name &quot;Nito Martinez&quot; is a Mexican-American content producer with ventures in music, film, and business. His independent solo music efforts have amounted to over 500,000 plays on Spotify alone, as well as performing around the country at various venues and for thousands of concert-goers. In film, Nito boasts producer, director, cinematography, and editor credits for various short films, music videos, and broadcast commercials. In the business aspect, Nito is a partner in the entertainment development company, Riftia Union Entertainment, as well as the owner of Ni Tu Ni Yo Records, an independent record label.