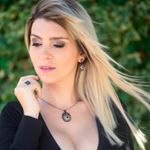 Irene's been playing different roles with media since she won Miss Ourense in 2009. She's been featured in different spanish national media newspapers and televisions, with covers in National Magazines like "Interviú" (may 2010) and "Primera Línea" (August, 2010) and appearances in TV Shows like "Salvame", "Salvame Deluxe" or "Dónde estás corazón", featuring herself as a guest. She did appearances in TV Series like "Cuéntame", "Sin tetas no hay paraíso", "Punta Escarlata", "Aída", "Los hombres de Paco", "Hospital Central", "Amar en tiempos revueltos", " De repente los Gómez".
She also has been featured in different ads for TV and news for national companies like Renfe, Movistar, Vodafone, El Corte Inglés, Media Markt, Simyo...
Irene's career did also include fashion firms, modeling and working with international firms like Selmark. She's been writing in national blogs for a while, and her Social Networks are open to collaboration.

Demographic data for @irenelopezblog's audience is available for free to influence.co users.