It’s been just over a year since we published the 2020 CreatorScape. It's mind boggling how much the creator economy has grown in a year. The sheer number of companies, creators, and discussion around the creator economy seems to be on a never-ending crescendo.

One of the reasons we decided to compile and publish this list is that influence.co sits at a sort of nexus in the creator economy. We welcome all creators, influencers, YouTubers, TikTokers, Substack writers, streamers, etc.. big and small onto the platform. Thus we hear from a large cross section of the creator economy about what they are thinking and what tools they are using. Let us tell you - it’s a wondrous, wild and complicated world out there for a creator right now.

The major platform companies have all jumped on the creator bandwagon and now offer over 54 products between them to help creators monetize. In addition, 7 creator funds were announced and 100s of millions of dollars has been paid out already to creators by these funds. Large VCs have jumped into the space with Andressen leading the pack at 12 deals and over $500 investment in the creator economy themselves. Nothing like having everyone been mostly indoors for 6 months to turn an industry on its head.

So without further ado, here is our CreatorScape 2021.

(If you’d like to see the base data set for the CreatorScape 2021, please grab it here) 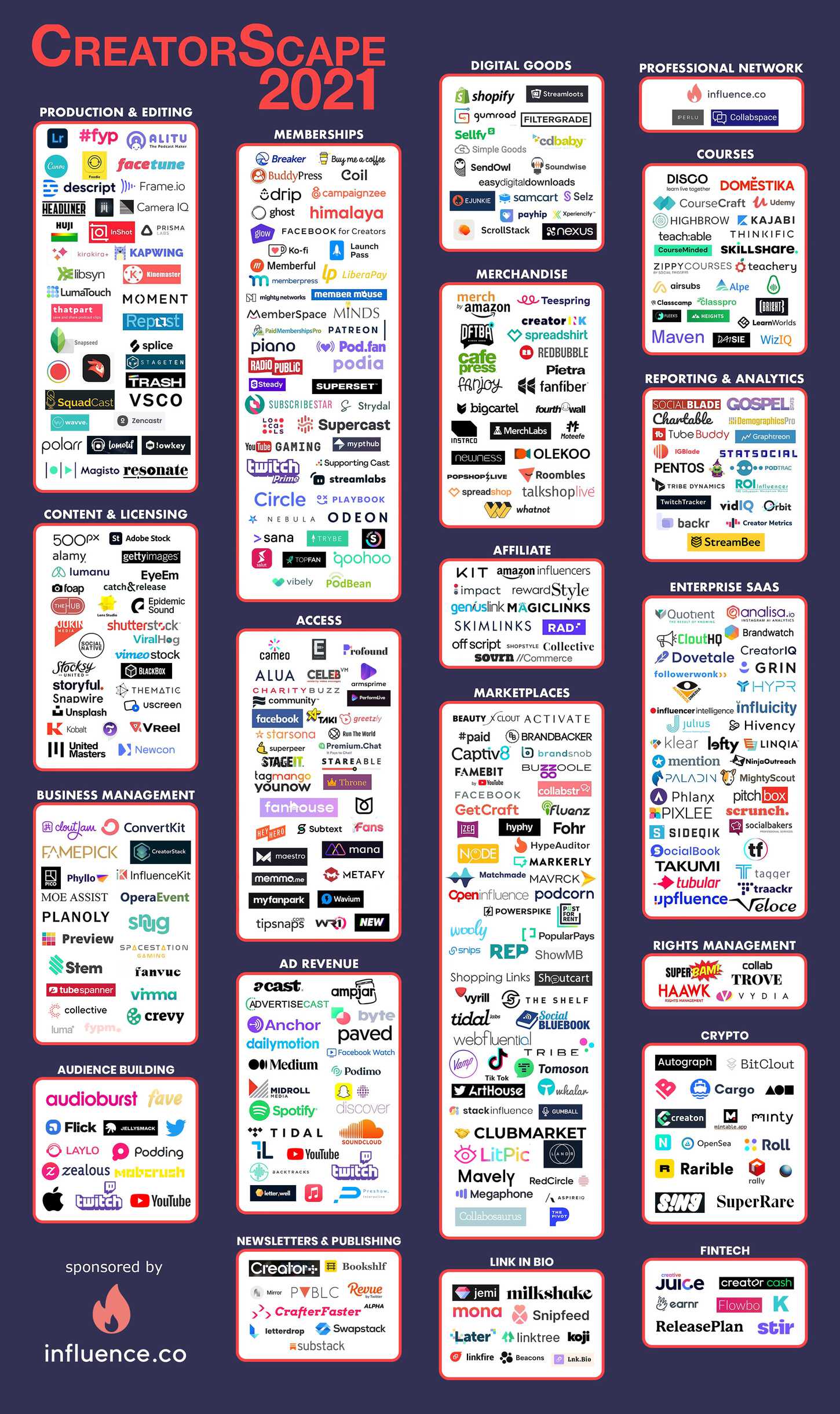 For those who are unfamiliar with our category names and some of the rules we used to decide on which categories to put companies, please see the CreatorScape 2020 which outlines our methodology. We used this methodology again so please reference it if category meanings aren’t clear or you’re surprised to see a company listed in a category.

We’ll be writing a thought piece about this years CreatorScape and some of its implications on Substack, creatorscape.substack.com, but for now we’ll leave you with a few thoughts about our findings this year:

That’s it for now! Whether you are a VC looking for deals, an entrepreneur looking for holes in the market or a creator looking to build your business, we hope this work is useful to you. Please send us all feedback at [email protected] and don’t forget to sign up for our ongoing discussion of the creator economy on our Substack.