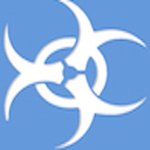 Welcome to Kevin DaSilvas profile on Influence.co... Kevin has been a leading voice in the world of new media as far back as 2008 (which can be seen on his YouTube channel with videos dating as far back as 2008 teaching cutting edge Facebook Formulas).

Now, Kevin is launching a brand he began launching in 2011 but had to delay due to becoming a partner in two online companies that were in the Day Trading niche. Kevin handled all of the marketing on his own, equipped solely with the strategies he teaches in his trainings... He was able to take one company (DayTradingZones.com) from 80k a year to 1.2 Million Dollars in sales in just 11 months without spending any money on traffic. At that same time period, he also took the other company (RealTradersWebinar.com) from startup to $300k in the first year... And continued to grow both of those numbers for the next 4 years. But now, Kevin is finishing what he started off doing with the launch of Viralizers.com

One of the major beliefs that Kevin & Viralizers as a brand stands for is... Treating every single follower as a valued human being, not just some artificial number. About actually interacting with your followers, not to just use automated garbage. And many more which you can dig into on his YouTube channel videos or from his audio podcast on the Viralizers.com site.

We mention this not to brag or imply that Kevin or Viralizers as a brand is somehow better than others... BUT, we do believe its important for you to know that we will not promote something that we do not believe is in the best interest of our followers, nor will we promote something we havent used, tested or looked into ourselves.

However, as long as that standard can be met... You will be promoted to a extremely active, loyal and simply fantastic group of people that make up the Viralizers & Kevin DaSilva tribe.

ALSO, AS AN ADDED BENEFIT...

While we did not necessarily need to do this for the income.. We are doing it to show that this is actually a way to turn your passion into profits... So by working with us, you will then be displayed as a case study to show the potential this entire industry offers online entrepreneurs and will most likely get tons of interested marketers with active tribes that we showed them how to build with nothing but the most engaged and active members in any niche. ;-) 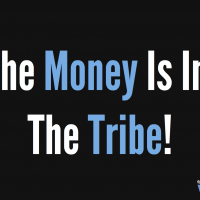