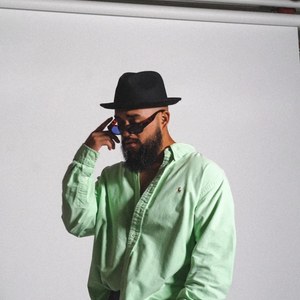 Russell Coson (pronounced Cuh-Sone) is a Filipino-American Recording Artist born on March 9, 1989. He was raised in the Bay Area, CA and his hometown is San Jose, CA. where he currently resides. Popularly known as a "Rap Singer", Russ Coson's style can be described as a unique blend of rapping and singing with a smooth vocal delivery backed with urban lyricism. He is also a beat producer, songwriter, sound engineer, business owner & entrepreneur.

Growing up, Russ would write and record his own songs as a hobby. Primarily listening to a mix of R&B, West Coast Rap Music, and Bay Area Hyphy, Russ developed his own style of music and delivery through constant practice and trial and error. At the age of 14, he started rapping and producing his own beats in high school as a rapper by the name of Big Russ. With the start of his music career and identity, Russ would rap about things that were a major influence in his life. Growing up without a father and a stable home, Russ learned to be both book & street smart, independent, and confident in himself. It has always been Russ’ goal to be a pioneer for Filipino’s in the music industry and to have his own “page” in Hip-Hop history.

In 2013, “Big Russ” decided to pursue a professional career in music and changed his stage name to his real name, “Russ Coson”. By the end of 2014, Russ' song "Right Now" was selected as 106 KMEL's Bay Pick of the Week. Since then, Russ has developed a fan base that to this day continues to grow. His music has been listened to and shared internationally over mainstream, online, and satellite radio. So far, Russ Coson has had 15 of his songs aired on FM radio waves including a "Pick of the Week" on 997 NOW and multiple "Home Turf" winners on 106 KMEL, both Major radio stations in the Bay Area, CA. Russ Coson has made it evidently clear that he can make popular hits, performing all throughout the Bay Area, Los Angeles, Las Vegas, Santa Fe, and even Boston.

Today, Russ Coson continues to make music and is committed to his successful music career. In 2021, he is the CEO of his own music business “Russ Coson Company LLC”. He believes in striving for success and only competing with nobody but your old self. He is always looking for ways to improve his habits and creative operation. Some tips he would like to share with upcoming and striving artists are to be authentic, follow your heart & intuition, practice faith daily, and always believe in yourself. Russ has no plans in stopping and enjoys every minute of his musical journey.

Demographic data for @russcoson's audience is available for free to influence.co users.