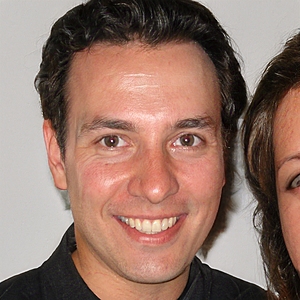 I love to talk about parenting, dating

A Tale Of Two Cutures

Got a thing whacked into my inbox. It has pretty much gone viral on FB too, if my feed is at all accurate.

"MM, you have a heart - a great big one - especially when it comes to children. Please, please share this with the Loveawake dating community. It is something we can all agree is important regardless of political affiliation, religion, etc. Thank you! xoxo"

Oddly, I do have a heart. It is tiny, and made of flint and cast iron, but it is there, so you get this bonus blog.

Gonna tell you all a tale, so shut up and listen. It ain't all pretty, but neither is life. Besides, I promised I would tell it someday, despite it being personal.

A few years back, I was driving for my charity of choice, who get (got - things are different now, though I still do what I can, when I can) roughly a month of my life per year. I prefer to give of my time and skills rather than just open my wallet. Opening the wallet is important, don't get me wrong, but so are boots on the ground. Giving fifty bucks to charity may feel good, but someone still needs to be physically present to repair the water pump - too often with string and duct tape.

It was a rough time and they actively recruited guys who had been in shooting wars to protect the doctors, nurses and supplies on their way from one place to another. Guys who can cope with the mental anguish of converting rebels and robbers into dirt temperature rebels and robbers.

You drive in the Sudan or Uganda, you see the dead along the road. It is something you eventually stop noticing. See a corpse and you check your weapons, as they are frequently used as bait for ambushes on aid convoys. A bit like checking your speed when you pass a speed limit sign.

You get that desensitized. A human body becomes no more than a sign post to you. A warning that there may be dragons in the neighborhood.

A living person, on the other hand, was always considered worth the risk of briefly stopping for. A family, we'd stop and make sure they at least had enough food and water. A single male or female - well one of the ancient Land Rovers (incidentally probably both the finest and most uncomfortable vehicle ever made) we had would stop, and it would be a tense time. Have sat in the drivers seat with a gun resting ready in my lap ready far too often for comfort. And don't ask. Sometimes, yes, they were plants.

One day, on the long run back to Nairobi for resupply, we found a child walking along the road. A girl, about 11 years old. Too starved, dehydrated and tired to even try to run, she was, and most children ran from a convoy, assuming it was not a good thing.

We stopped. Picked her up. She spent 12 hours stuck between me and a nun, since she could sit in the middle of the seat without affecting the constant gear changes needed on bad roads and rule one for Aid convoys in bad areas is "thou shalt not stop to rest." The good Sister fed her - slowly. I talked to her in a horrible mishmash of Bantu and Swahili and English and French. But we talked, somehow. We talked for hours. Her family was gone. Her two brothers abducted (possibly as child soldiers, possibly for worse), her baby sister dead and her parents simply missing.

Eventually, of course, she fell asleep, leaving us with a huge problem. Refugee camps are not at all kind to children on their own, especially young girls. There are orphanages, but she was too old for most of them. The good Sister and I discussed it, argued pretty vigorously and, once we got back into the safety of Kenya, we split off from the convoy to visit some very good friends of mine and call in a favor.

You read about her marriage not long ago.

Like every similar story you read or see, this is a retail one. The linked video is retail. A single person making an impression on another person. Making a difference. It feels good and is worthy en masse, but it is the connection with another person that makes it real.

If you have not been there, you cannot know what it is like. This video gives you some idea of the sheer foulness that happens daily to good people and why it happens. It is easy, especially in these times of uncertainty, to worry about yourself instead of others. Yet they are human too, aren't they?

They need our thoughts and, more importantly, our actions.

One thing I say, rather too often, to questioners is "You are only human." It is easy to miss just how awesome people can be.