Ilkay Sky is an international entrepreneur and an innovative leader in the Fitness, Health & Wellness Industry.

Ilkay was born in Istanbul, Turkey in 1990. He resided in Istanbul till he was 13 years old, where he participated in various team sports together with individual performance sports.

In 2003, he moved to Barcelona, Spain with his family. He concentrated on excelling at basketball with the goal of playing for FC Barcelona Basquet and simultaneously competed in an amateur full contact kick boxing league.

In 2006, via a self-initiated weight cut, he found cysts on his body that needed to be surgically removed as the tissues could potentially carry cancer cells. Following the operation, he then noticed an abnormality on his left leg. What appeared to be a harsh bruise turned out to be a bone tumor on his left femur.

After a successful 7-hour surgery, the large tumor was removed and the femur was reinforced with a strip of cadaver bone. The operation rendered Ilkay unable to move without walking aids for the duration of two years. Doctors told him he may never be able to walk again.

Ilkay refused to accept the fate that was instilled by the doctors and heavily invested his time in rehab. In 2010, he decided to move to Montreal to continue his BCOMM education at a prestigious business school in Montreal, JMSB of Concordia University.

He fully recovered from his operation and decided to take up martial arts. The relentless effort displayed by Ilkay led him to become a very talented mixed martial artist after 3 years of consistent training for over 4 hours (on average) a day. With the aid of his instructors, Sifu Sebastien and Kru Ryan Parsons, he started teaching mixed martial arts to others. He is currently training to fight at a heavier weight class.

On the business side, Ilkay has worked in a variety of industries, such as retail & wholesale jewelry, interior design, electronics manufacturing services, SaaS, and the Fitness & Wellness industry. He assumed positions in Sales, Business Development, and Customer Success in the companies he worked with.

Using his knowledge and experience gathered throughout his lifetime via practicing various types of functional and strength based sports, he has created the world’s most balanced training methodology, LIBRAFORTE. 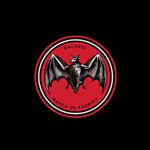 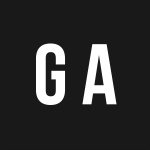 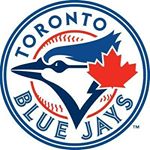