Cathy was a finalist on Season 6 of HGTV's Hit Reality Series "DESIGN STAR" and served for a year as the green expert for "The Life Improvement Squad" a national campaign with IKEA and O, The Oprah Magazine. Cathy has been featured on programs like "The Meredith Vieira Show", "The Nate Berkus Show", "HGTV's Top Ten", "Martha Stewart Living-Radio" and in publications like Better Homes and Gardens, REDBOOK, O, The Oprah Magazine, and The Huffington Post. She currently writes a weekly column under her Design Recipes brand, nationally syndicated through Tribune Content Agency, exposing her articles to hundreds of publications.

Demographic data for @designrecipes' audience is available for free to influence.co users. 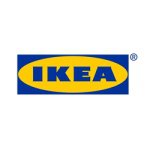